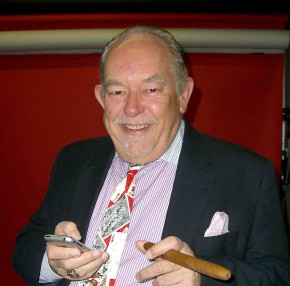 There are many places to celebrate New Year’s Eve. However, few compare to Las Vegas. Robin Leach, of Lifestyles of the Rich and Famous fame, currently has a column and section on the Las Vegas Review Journal’s website, where he covers the city’s happenings.

Focusing on New Year’s festivities in the Entertainment Capital of the World, Robin says the acts to see begin on December 30th. Some of those include Lady Gaga at the Wynn, Bruno Mars at the Monte Carlo Resort and Casino, Sting at The Cosmopolitan, Elton John at Caesars Palace, Lionel Richie at the Planet Hollywood Resort and Casino and the Backstreet Boys at Caesars Palace, for a private party, among others.

Speaking of the Backstreet Boys, Robin says he plans to watch the group on New Year’s Eve at the Caesars Place show. It will be a preview of their upcoming 2017 residency. If you are looking for a great preview of things to do in Las Vegas for New Year’s Eve, you have come to the right place.

Mr. Leach, a veteran entertainment media personality, also comments on the deaths of George Michael and Carrie Fisher. He says there were plans for the late George Michael to do some shows in Vegas in 2017. He adds that the passing of Carrie Fisher came as a shock.

You can listen to the entire CYInterview below, covering the topics mentioned above and more: