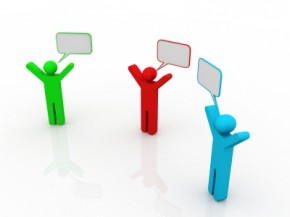 “Nothing makes men as imprudent and conceited as ignorance of the past and a scorn for old books.” – Joseph Joubert (18th to 19th century French man of letters)

Recently, I was rereading the book, The Crowd. Written by Gustave Le Bon and first published in French in 1895, it is an important work for anyone interested in persuasive communication, especially as it relates to groups.

Drawing from Le Bon’s book, I offer a three part breakdown of how effective messaging works. I am not quoting Le Bon here; rather, I am paraphrasing some of his concepts and adding my own interpretations:

1.) Make your message concise – If more than one hundred years ago it was necessary to communicate persuasive concepts to groups of people using tight, impactful phrasing, imagine how important the same concept is today. With the advent of the Internet and the subsequent rise of text messaging, we have become a society of people who are used to reading things that are short and sweet.

For maximum impact in advertising, for example, come up with a short, powerful, easy to remember slogan – it would not hurt if it rhymed – in order to get your message out.

2.) Repeat your message frequently – According to Le Bon, Napoleon thought that repetition was the most important tool in persuasive communication. In the selling profession we often say, “Repetition makes the sale.” In public speaking we are often taught to, “Tell the audience what you are going to say. Tell them. Then, tell them what you have told them.”

3.) Things catch on – Assuming, a concise, memorable message and the will and the means to have it disseminated frequently, at some point in time what is being said is going to catch on. How long does it take for things to catch on? It is difficult to say.

Take infomercials for example. Effective marketers often pack their infomercials with tight, easily digestible pieces of information. Then, the infomercials are run with great frequency. These program length commercials air when the presumed buyers of the product being advertised are most likely to be watching television. How many times does the average individual view an infomercial before making a purchase? More than once, I would guess.

However, after a period of repetition the product starts being purchased in increasing quantities. In advertising and public relations, we need a big enough budget to sustain a campaign until our messaging catches on via repetition. In sales, we need to endure all the no’s we will hear on the road to yes. This calls for capital of spirit.

To listen to the CYInterview with Mr. Walker and hear his shocking
answer to Chris Yandek’s question about where the United States is
heading, see here.