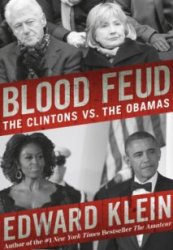 Ed Klein joined featured columnist Jay Bildstein and myself to discuss his latest book. You can read the highlights and listen to the entire 30 plus minute CYInterview at the link below:

Speaking about today’s political leaders, the author shared this:

“I think the days in which we had people who served the people rather than themselves seems to be long over. And part of the problem is of course the media attention that each and every one of them gets both in their district, in their state and in Washington, which is very intense these days compared to the way it use to be. Each of them is kind of a little universe, star, universe of himself and herself and I think it attracts a certain kind of self involved, narcissistic individual.”

Mr. Klein believes Hillary is going to run for President in 2016:

“I think she’s definitely running. In fact my latest sounding of the Clinton inner circle is that Hillary is actually now at work on a new book, one that she and her husband have discussed, Bill Clinton in which she will be more candid, will write it in her own hand rather than have a committee write it and try to undue some of the damage that she did with her memoir Hard Choices, which was a committee written, very dull book with very little if any new information in it. I think Hillary is absolutely determined to run and the Clintons are behaving as though she’s the prohibitive front-runner and that it’s all hers unless something very unexpected happens.”

Ed states that some of his sources are longtime friends of Hillary Clinton. The NY Times bestselling author says he has been speaking to these sources for years. He tells us why they would share information with him for his books:

“Many of these women or at least some of these women I should say have been my sources for over 10 years or so. They’ve spoken to me on the condition of anonymity because first of all, they’re proud to brag that they’re close to Hillary and Bill. It’s human nature for people to like to inform other people about how important they are. So the self importance is one of the reasons they talk. Another reason is from their point of view, they thought that what Hillary said was a reflection of her increased self confidence and lack and less dependence on Bill than she has in the past.

They are so accustomed to hearing Hillary use four letter words and six letter words that it doesn’t come to them as any big shock. Also, many of them want to get their and Hillary’s point of view across to me. I’ve been interviewing these people for many, many years and they feel that since I’m writing a book, it’s incumbent on them to point me in the direction they would like to see the book go. So for all those reasons they talk to me and of course I’ve cultivated their trust for many years and I haven’t burned them.”

In Blood Feud, the author claims that the Obama Administration did everything in its power to put the blame on then Secretary of State Clinton for what happened in Benghazi:

“The President and the White House, but specifically David Axelrod and the political people around the President were trying to shift all blame on Benghazi from the President to Hillary Clinton and Bill tried to have her duck that blame and then she of course screws up when she’s in front of the Congressional Committee and says, ‘What difference does it make at this time.’ Well, it made a lot of difference that she flubbed her lines, but I think Benghazi will come back to haunt her in 2016 in a big way.”

A point of particular interest in Mr. Klein’s latest title is the assertion that there was an agreement between President Obama and former President Bill Clinton, made during a golf game, that if Mr. Clinton backed the President in 2012, then Mr. Obama would back Hillary in 2016. Blood Feud claims that President Obama backed out of the deal after getting former President Clinton’s support in 2012. Jay made the point that there was no way to bind the current President to such a deal. Mr. Klein agreed with Jay:

“Well, I think you’re right on all scores on that Jay. I think Bill Clinton overestimated his own smarts and underestimated Barack Obama in this deal. The word deal never apparently crossed either one of their lips. But Bill Clinton did after that golf game, in which he struck this arrangement where he’d back in Obama in 2012 in return for a promise he thought he got from Obama to back Hillary in 2016. He went back to his home and told Hillary and a group of other people who were present that he made this great deal. And you’re right, I think he felt that he was, he outsmarted Obama, put Obama in his obligation by eventually giving that huge speech that he gave at the Democratic National Convention in August 2012.

He later boasted after giving that speech to several people, you know, that I helped elect, reelect this guy and he owes me big time. It’s interesting that, this is this from a man Bill Clinton who once told Hillary, who was speaking about loyalty in politics and this was quoted in my previous book, ‘There’s no such thing as loyalty in politics. Loyalty doesn’t exist.’ And yet he forgot that I think in this case because he in your words, his hubris, his sense of contempt for Obama as an amateur, were the words that Bill Clinton coined for Obama, led him to believe that he had him, Obama in his grip and he didn’t.”

Over the last couple of years, Jay has made the point that the 2012 presidential cycle had a crop of candidates that looked like they came out of central casting, to play the president in a movie. Ed agreed with Jay that this is a problem when it comes to who people vote for.

“If a Abraham Lincoln came along looking the way he did, I’m not sure that he could get elected these days with his squeaky voice and funny looking face. You know, it seems that the taller, better looking, handsomer, prettier, more telegenic performer has the edge in politics these days and I don’t know who to blame for that. It seems that we vote for celebrities. We certainly voted for a celebrity with Barack Obama who had little or no experience and has shown little ability to learn on the job. Still seems to me to be the amateur and incompetent and over his head. …

I think for instance of Mayor Bloomberg who I particularly think was a very effective mayor and a good manager of New York City for the 12 years he was mayor. The city became safer, cleaner, more prosperous. A lot of people thought he was too autocratic, but none the less, he ran a very good show. And yet when the question of his competence for higher office, the presidency, I think Mayor Bloomberg would have made a good president, he said to a number of friends that the chances of a short, Jewish Mayor from New York City being elected President of the United States was practically nil. Now that in part answers your question, the kind of personalities we think are in line to inherit the great mantle of the White House have more to do with celebrity and optics than they do with actual competence and experience.”

Finally, with all the challenges President Obama and his current administration face with his decreasing poll numbers, the VA and IRS scandals, the Affordable Health Care Act and issues in the Middle East and immigration among other things, one wonders if the Clintons would want Obama’s endorsement in 2016, if indeed Hillary ends up running. Ed offered this:

“I think less and less so. I think Bill has said, I don’t think so, I know Bill has said so. We don’t need him, he said on more than one occasion. She doesn’t agree entirely, but then they often don’t agree entirely, the Clintons. Bill has predicted that Obama would look for someone else to challenge Hillary. He doesn’t trust Obama at all and in fact I’ve reported recently that Obama’s person, Valerie Jarrett has held secret meetings with Elizabeth Warren, the far left Senator from Massachusetts to try to encourage her to run in the primary against Hillary.

Hillary herself has made many statements in recent weeks distancing herself from Obama policy including Obamacare, immigration policies, Syria, you name it. So we’re gonna see more and more distance put between the Clintons and the Obamas on both sides. Hillary running away from Obama’s policies and Obama searching desperately for somebody to follow him other than the Clintons because he feels the Clintons will undue many of his policies if they get into office.”

You can purchase a copy of Blood Feud: The Clintons vs. The Obamas
clicking here