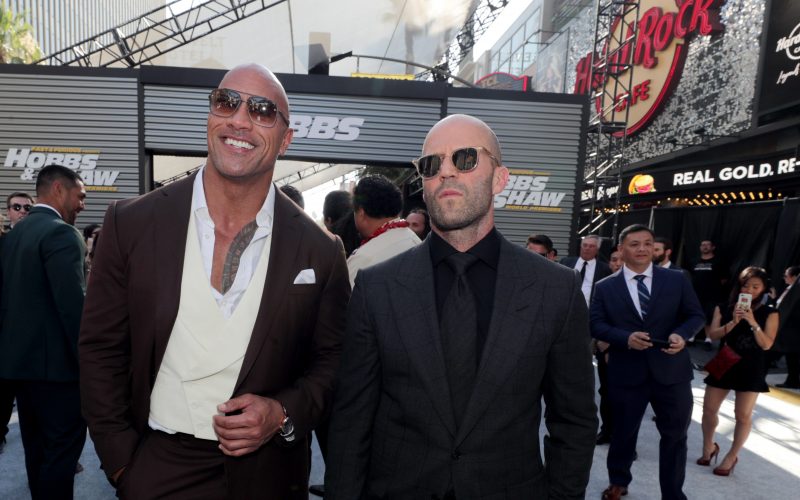 This past Saturday was the world premiere, in Los Angeles, for Fast & Furious Presents: Hobbs & Shaw. The movie opens in theaters nationwide August 2nd. The film stars Dwayne “The Rock” Johnson and Jason Statham. See a photo of both, above at the premiere.