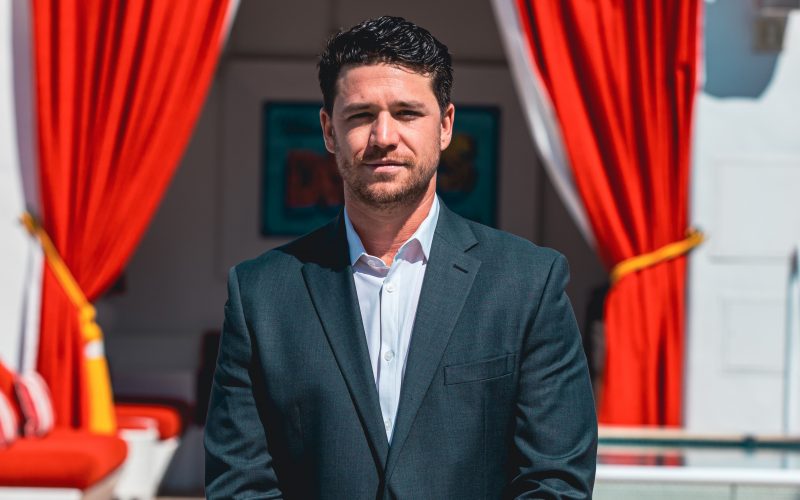 Las Vegas is one of the major global destinations for nightlife. New Year’s weekend is one of the biggest of the year for the nightlife industry. In the Entertainment Capital of the World, people from across the world come to dance, drink and, often, be entertained by some of music’s biggest stars.

One of Las Vegas’s enduring nightlife venues is Drai’s Beachclub & Nightclub. It entertains visitors during the day and the evening. It is located at The Cromwell Hotel and Casino on the Las Vegas Strip.

Drai’s Vice President of Entertainment, Dustin Drai, grew up in the nightlife industry, watching his father Victor Drai who has a long track record in the industry.

Joining us here on CYinterview, Dustin offered why he believes the Drai’s brand has stood the test of time in Las Vegas, where there are many entertainment options:

“We weren’t afraid of doing things that other clubs have not thought of. So, we started to do live entertainment. And I think in 2015, 2016 when we first started doing these live shows and live performances, other clubs weren’t doing it because they thought they were too complicated and, you know, everyone just wanted the DJs and the house music. And we were like, well, what’s different? What can we do that’s different that people would still enjoy?

And as we started doing these live shows, more and more people started to look at what we were doing and say, oh, that’s a great idea. Over the past six years, we continue to grow and establish ourselves as the live music nightlife venue in Vegas. We’ve really created something that’s extremely special.”

Dustin’s concept for Drai’s is that the celebrity/artist should perform a full concert for 45 minutes to an hour. In recent years, the nightlife industry has given out multi-million-dollar contracts to certain DJs. He said that concept is not for Drai’s Nightclub in Las Vegas:

“Do I think that’s a, lots of money for DJs makes sense for Drai’s? No. Because we’ve established ourselves as a live entertainment venue. So, it’s hard to, I don’t, I’m not in those rooms having those discussions with agents and the teams of the other nightclubs and so forth. Do I think that some of them are ridiculously expensive? Yes. I do. But, hopefully for them it makes them money and they’re able to stay profitable from it.”

Dustin shared what is on the horizon for Drai’s in Las Vegas:

“We’re gonna continue to do what we do and just continue to make it better. Every day we look at our business, say, how can we improve, how can we make the customer experience better. What new artists are around that we haven’t had perform at Drai’s and how can we make the show experience better. So, it’s not about what’s new and changing what we do. It’s about improving on what we do and continuing to make it a better product for the customer”

Listen to the entire Dustin Drai CYInterview on YouTube:

You can find more information about Drai’s Beachclub & Nightclub by clicking here.