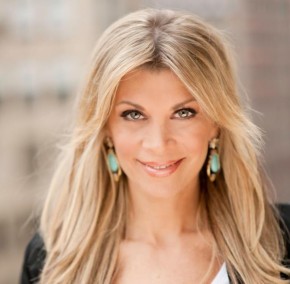 Thanksgiving and the rest of the upcoming holiday season are known to bring families together. One of the hot topics of conversation this year will be the recent 2016 Presidential Election. This and other discussions among family members could lead to some heated arguments and possible personal regret.

For some insight on how to deal with family members, during the holiday season, who have different points of view, we welcome back nationally renowned psychotherapist Dr. Robi Ludwig. Dr. Ludwig has been on Today, Oprah, Larry King Live, as well as other media platforms. She always provides interesting insight.

Earlier this year, Dr. Ludwig penned a book titled, Your Best Age Is Now: Embrace an Ageless Mindset, Reenrgize Your Dreams and Live a Soul-Satisfying Life. You can read the highlights and listen to the entire CYInterview below:

To stay away from fraught issues during the holiday season, Dr. Ludwig suggests avoiding certain topics you know will trigger an argument. When interacting with family members and other people you spend time with, who have different political views and life perspectives, she offered this:

“If everybody could just consider and just keep an open mind and listen to the other side with more of an open mindset, you know, there isn’t just one right. And right ideas don’t just fall on one political party. But if you really feel that you can’t go there or it’s too dangerous, I went to a business meeting and I thought it was brilliant, before the business meeting it was agreed upon that nobody would discuss anything political because it just leads to contentious feelings, except for under very unique circumstances. … If people feel that they don’t want to go there for rocking the boat, stay away from it.”

Robi provides this further advice when dealing with family members during the holidays when interacting on controversial topics:

“Try to see them as a total person and not just somebody who takes one political side over another and try to listen with curiosity. As a therapist, you know, I listen to people, it’s active listening, some people call it divine listening where you’re not interjecting your own thoughts. You’re just allowing the person to talk about their thoughts and learning about their perspective which is based on their own unique experiences. And so if you have a dialogue with that kind of mindset, then the goal to prove yourself right or to get into a debate is less strong.”

Thanksgiving and the holidays is a great time to focus on the positives and gratitude in our life. On that subject, she says this:

“It’s harder to be grateful than to feel victimized. So it’s always a bit more of a challenge to feel more optimistic, to feel hopeful, to feel grateful. And so that’s the beauty really of Thanksgiving is that it can allow us to really stop and deliberately focus on the things that we feel grateful about. You know, having said that, I think there’s a lot of distraction and noise going on in the real world because politics feels very much like a reality TV show that’s never ending. And so everybody is a bit caught up in this political reality show that’s going on live. But I don’t think that interferes or has to interfere with people feeling grateful or happy to be around family this year.”

You can find more information and purchase a copy of Dr. Ludwig’s new book Your Best Age is Now here