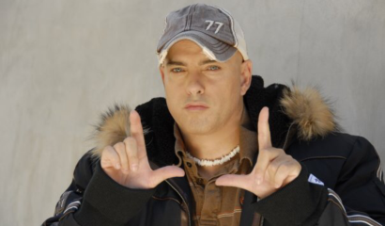 Sunday was the 15th anniversary of the terrorist attacks of September 11th, 2001. What has come to be known as 9/11 is a day Americans remember and pay their respects to those most directly impacted by one of the darkest days in the nation’s history.

Native New Yorker Angelo Guglielmo is a documentary filmmaker and author. His Emmy nominated documentary The Woman Who Wasn’t There, featured some of the survivors who were in the Twin Towers that day. In 2013, we had the pleasure of speaking with him, at his New York apartment, about that project and more [see here].

Though he did not know anyone at the World Trade Center, in New York City, on that tragic day, his art gave him a chance to develop a particularly insightful perspective of the events. Still residing in New York, Angelo has seen how the city and its people have changed since that fateful, late summer’s day in 2001.

We welcome Mr. Guglielmo back to talk about the 15th anniversary of 9/11. You can read the highlights and listen to the entire CYInterview:

On what the 15th anniversary of 9/11 means for New Yorkers, Angelo says this:

“I think it’s a turning point for many of us because I think it has been in our hearts and minds for so long that I think there is a very deep sense of it being interwoven into the fabric of our lives now. It’s not so unbelievable or intangible that we don’t understand it anymore. We’ve seen many acts of terrorism and we are just such a different race than we were all those years ago.”

On September 11th it has become a tradition that the survivors of the 1995 Oklahoma City Bombing come to New York to be side by side with the survivors of 9/11. The documentary filmmaker tells us about that:

So as a long time New Yorker, how did September 11th, 2001 change Angelo Guglielmo’s life?

“I think because I was a citizen that didn’t know anyone in the towers, I processed it through my art. So through the book and the documentary and through a virtual reality project, I was able to take all my experiences and sort of focus them on what my interpretation of that day was.”

The Woman Who Wasn’t There is now available on Netflix. You can also purchase and watch the film here.

The Woman Who Wasn’t There is on Facebook here.