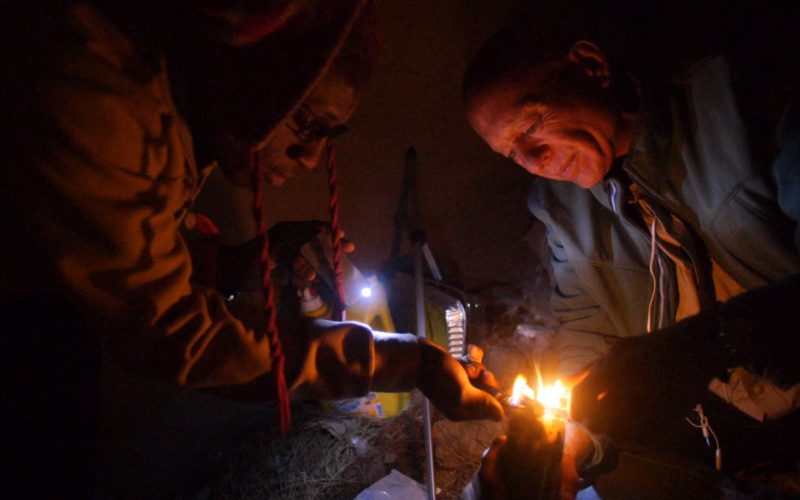 Recently, the homeless population in California has received increased media coverage, as well as an increased focus on what can be done to alleviate the situation. Earlier this year, it was reported that there was a 12 percent increase in homelessness in Los Angeles, with 59,000 people living on the streets or in cars, according to NPR.

Director Matthew Siretta and producer Sam Mantell answered a few questions about their timely film for us, earlier this week:

CYInterview: There has been a lot of focus on the homeless issues in California in recent years. What do you hope DISCO’D adds to that narrative?

Matthew Siretta/Sam Mantell: We hope DISCO’D adds the most important voices – those of people who are experiencing homelessness. The film is an opportunity for us all to listen more closely to their narratives, and see where the conversation may go from there.

CYInterview: Have you thought about what could be done to help the homeless after putting this documentary together?

Matthew Siretta/Sam Mantell: Yes, inevitably. Many Angelenos have thought about this at great length. Things need to happen across the spectrum. On the macro, we voted to create public funds to alleviate the affordable housing crisis, and now we need to hold our public officials accountable and make sure that money is spent wisely. On the micro, we as individuals can hold ourselves accountable by practicing empathy, and seeing how that motivates our energy toward the changes we’d like to see.

CYInterview: Is there one reason more than any other why the majority of these people ended up homeless?

Matthew Siretta/Sam Mantell: There are as many reasons as there are people experiencing homelessness.

You can find more information about the documentary, DISCO’D, by clicking the link here.