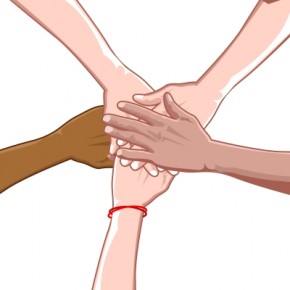 Destroying something – like an economy – in order to “save it” makes about as much sense as killing a patient because he is ill. With patience, discipline and foresight, things can get better.

It is easy to understand why people, particularly during times like these, are fed up with Washington. While there is a lot of political finger pointing going on, the average person can find hope within a unity of disgust. Whether we are on the Left or Right, Democrat or Republican, Progressive or Conservative, Independent or affiliated, we are united in collective disappointment and frustration.

If properly channeled, this can lead to good things.

The Middle East has been undergoing what has been termed, an “Arab Spring.” People have come together to throw off the shackles of dictators and repressive regimes. When young people do not have access to quality education and gainful employment, they can take action, along with other, not-so-young, disaffected members of society and effectuate change.

The riots in London, while serving no legitimate end, highlight what happens in a society when bottled anger and frustration are not given a positive outlet. The crowd-criminality taking place in the United Kingdom is outrageous, deplorable and must be condemned. But there is a lesson in it.

In the Middle East, people – many of them young – became willing to risk their lives in order to get out from under dictatorial regimes. In England, people – many of them young – have been rioting out of frustration and idleness; idle hands, as the saying goes, being the devil’s workshop. And we’ve seen bad behavior, recently, though not quite as extreme, in Philadelphia in the United States.

People are sick of systems promising much yet serving essentially to enrich – either in power, money or both – entrenched political/corporate elites. Ask someone from the Right or Left and they are sure to agree. The disagreement comes over who those elites are and what is the best way to lessen some of their monumental power.

Technology has played a large role in all this recent unrest. Social websites have been used as logistical tools, for good and for ill. So have smart phones.

What is the good news? What is the lesson? Have faith! There is good news and a positive lesson here. Though it will take time to take hold and help society transform itself for the better.

People become energized to act when their options are limited. No jobs, no money and nothing to do gives individuals time to either think or simmer in anger about the system under which they live. The thinkers create political philosophies, make plans and issue calls to action. Those who are simply angry and frustrated are likely to become their followers.

This has been the dynamic throughout history. It has caused great positive social change, as well as tumultuous eras of evil intent. In the end, however, good triumphs over evil.

If you have a good job and a full belly, perhaps going to a concert seems more important than voting, reading about legislation or speaking out. If you are hungry, have no job and cannot go to a concert, becoming socially involved and voting becomes more compelling. It becomes survival. Hunger is a powerful call to action against apathy.

Violent uprisings in the Arab world are serving to counter even more violent, noxious regimes. The hope is that the people there can effectively throw off their binds and embrace democratic reforms and liberty while protecting the rights of minorities.

London’s burning riots is an example of the angry energy of mobs being put to shamefully destructive use. It is a pitiful, sorrowful waste. The same energy could be used to reform, rebuild and evolve.

One day, and that day will come sooner than later, people will coalesce legally, peacefully and with focus, relying on youthful energy and tools of technology, to work toward real reform of the U.S. political system. This is a system which has become a dangerous, self-serving duopoly.

It seems likely that new, viable parties will begin to spring up, relying on the Internet and energizing people who might not have, in the past, availed themselves of their right to voice their opinions and ultimately vote.

This can and must be done peacefully and within the bounds of law so that it leads to meaningful, legitimate, systemic evolution.

In the United States, there is no need for violent demonstration and destruction. Instead, now is the time for people to express themselves and demand of Washington that it puts aside its destructive rhetoric and intransigence to come together for the sake of America and the world.

And if Washington, instead, chooses to stay on the path of doing what is in its own best interests, at the expense of the general public, then these newly energized people will vote them out.

The steps are simple. Choose peace. Obey the law. Embrace your Constitutional rights. Organize. Activate. Speak up. Vote. The future is in the hands of the people.

A good place to start, in the wake of the recent debt ceiling debacle, would be to demand of Congress and the administration that they cut their salaries in half. Symbolic, perhaps, yet meaningful. Leadership comes at a price. Those who claim to lead must lead by example. It is up to the people to see that they do.

One Reply to “Do Not Break It to Fix It: A Unity of Disgust Can Lead to Positive Change”