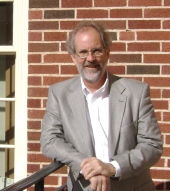 In the aftermath of the 8.9 earthquake and tsunami in Japan, people are no doubt wondering what the future holds for that country. CYInterview has the pleasure of welcoming Professor David Neal of Oklahoma State University. He is the Director of the Center for the Study of Disasters and Extreme Events there and has been studying disasters for 30 years.

Listen to the entire CYInterview with Professor David Neal:

Professor Neal states that while Japan is suffering under a heavy burden now, he believes the real problem will be the recovery and reconstruction process. Here is his reaction to the earthquake and tsunami disaster in Japan.

“One of the things that we have to keep in mind about this event is that there are multiple disasters taking place. First, we have this huge earthquake, 8.9 in the Richter scale. That’s almost off the scale it’s so huge. So that event by itself would be catastrophic. Then because of the earthquake, we have the generation of the tsunami, which in many ways looks similar to the types of outcomes we saw in the Indian Ocean in India and in Thailand when they had their tsunami in 2006. So that alone is huge.

But then there’s a third dimension to it and there’s actually a word for it, it’s called “natech.” What this refers to is the combination of a natural disaster then creating technological disasters, so “na” from natural, “tech” from technological. That’s also what we’re seeing with these large petroleum storage areas being on fire, various types of pollution. Then, of course, the threat of especially one nuclear power plant perhaps having a possible meltdown and radiation leak. Whether that happens or not, we don’t know, but there are all these secondary types of outcomes because of the tsunami and even before that the earthquake. So any one of these events by itself would be large and you put them altogether, it’s just almost incomprehensible.”

Professor Neal says there are many concerns after a natural disaster as big as this one. He says the initial concern is to find out what happened and get all necessary assistance to the survivors of the event.

As for Japan’s rebuilding process, Professor Neal’s educated guess is that it will take 10 years to rebuild all infrastructure damaged by the earthquake and tsunami. He uses, as an example, the results of the post-Katrina rebuilding process in New Orleans. Japan’s recent disaster is much worse than Katrina, he says.

“I think in this case, it will be a major setback. Another example to think about is Hurricane Katrina, which for us was a catastrophic event. Much of it was focused on the Gulf Coast, but even where I am in Oklahoma and other parts, we felt reverberations from that for a long time. Even we look where we are today at New Orleans, New Orleans is still struggling to rebuild and that’s been a couple years now. So we multiply that out to a situation like Japan, my educated guess would be ten years. It’s just gonna take a very long time because again, we don’t know how much destruction there is and there going to have to rebuild a lot of buildings, they’re going to have to rebuild their infrastructure or lifelines such as the highways, electricity, water, sewer and so forth.

In some areas they may even have to start from scratch. It would be like rebuilding a city of 500,000 people. That’s gonna take money and that’s gonna take time…People are gonna have to sit back and make wise non-political decisions of how to do the rebuilding process, but it is not going to happen over night. Again, we look at how slow the recovery process has been for New Orleans and that’s nothing compared to what happened in Japan and that’s not to diminish what happened in New Orleans, but I just can’t see how you can compare the gravity of the two events. Both are bad. But one is an awful lot worse than the other one.”

Though Professor Neal says there is nothing we can do to stop tsunamis, he believes that recently, we have been thinking about them more. Whatever the case, our hearts go out to the people of Japan.

You can find out more about Professor Neal at the link below: