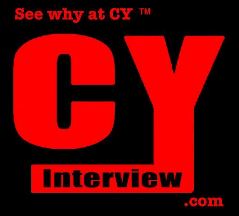 When Melinda McCrary took over as director of the modest Richmond history museum someone asked her: “Have you heard of this post office mural that has been lost?’” That simple question began the two-year saga of McCrary’s persistent pursuit of the lost mural.

The mural in question still existed in photograph, showing where it had once hung over the office door of the post master in the Richmond, California, a small city to the north of the Bay Area. There it hung for 35 years until its disappearance in the wake of a 1976 renovation of the building.

Why is this mural so interesting? In part because it is a prime example of the social art generated by the WPA public works programs. These were intended to provide relief to the unemployed—including artists– during the depression years, while at the same time improving public edifices. Under this program artists were commissioned to create art for public buildings. The post office mural, in particular, memorializes life in this city in 1941, just as WWII was getting underway. Another aspect of interest is the stature of the artist: on one hand, he was the lead artist for the murals in the famous Coit Tower of San Francisco, as well as a number of other works in the area; on the other he was mentored by the famous Mexican muralist, Diego Rivera.

How did Arnautoff come to work with Rivera? By a very circuitous route, to say the least. The son of an Orthodox priest, the Russian’s artistic talent was recognized early. But he lived during turbulent times, and distinguished himself first as a military officer, first in the army of Czar Nicholas II, and later in the White Army. After laying down arms, he spent five years in China, where he married his wife Lydia. Later, his father-in-law decided to help him study art and sent him all the way to California where he studied at the California Institute of Fine Arts. Then, when his visa ran out, distinguished artist Ralph Stackpole (who had been a friend of Diego Rivera when he was in Paris) suggested that Arnautoff go to work with the famous Mexican muralist. While in Mexico, he moved further to the left in his politics.

Arnautoff was, in fact, unrestricted by WPA guidelines on choice of theme. When he returned to the US and continued painting, however, he needed to be somewhat discreet about his political views, (During the McCarthy witch hunt years, there was an unsuccessful attempt to eject him from the faculty of Stanford owing to his socialist art.) The visual clues to his ideology can easily be missed. Why? Because his work often includes whimsical, humorous detail, such as self-portraits and inclusions of occasional visitors to the site (a man who stopped by each day while walking his dog!).

If you examine the Richmond mural, you will see that one side portrays a quiet town and ordinary citizens; in the background, the transition to industrial city is shown– a freight train passes by oil tanks and a refinery spouts black smoke. On the right hand side Arnautoff depicts four dock workers on their lunch break, perhaps discussing their concerns as members of the epic-making longshoremen’s union. They can be identified by the pins on their hats. One of the four workers is black — a gesture toward the fact that the local longshoremen’s union was one of the first to promote an a racially integrated workforce

In the end, curator McCrary short-circuited Post Office bureaucracy to recover the endangered 10 x 20 oil on canvas mural. With the help of a museum board member, she tracked down a former janitor and they surreptitiously unearthed the carefully boxed mural which had been shuffled into the basement and then forgotten. Unable to remove the mural without authorization, McCrary faced a long negotiation and then a terrible scare when the Post Office basement was flooded. Fortunately, the fact that it had been mounted on stilts within the box saved the mural from damage. A copy of the mural is now on display in San Francisco State University, and the original awaits restoration. Where? In the basement of the Richmond History Museum!