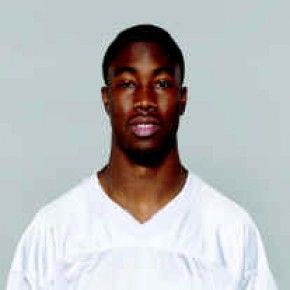 The Miami Dolphins have two new quarterbacks with the additions of Daunte Culpepper and Joey Harrington. The Miami Dolphins selected two wide receivers in the 2006 NFL Draft to help add to the offensive side of the football. Devin Aromashodu out of Auburn was one of those two men. He was selected 233rd overall in this year’s draft.

Listen to the Devin Aromashodu CYInterview:

Devin Aromashodu: “I am doing good.”

CY: What are your thoughts on your performance and playing time for your first preseason game against Jacksonville?

DA: “Well, I felt that, you know, everything went real well. I felt that I got the playing time that I expected. I was just trying to go out there and just basically maximize every play and learn as much as I can.”

CY: Where were you when you got the call that you were going to be selected by the Miami Dolphins in the seventh round and 233rd overall?

DA: “I was just sitting at home, relaxing, watching the draft.”

CY: How have the training camps been for you thus far?

CY: What’s it like to be playing football back in your hometown of Miami, Florida for your favorite team?

DA: “It’s real nice. I like it. I am just fortunate and blessed to be here. I am just having a good time.”

CY: What have the coaches told you regarding your playing time this season and what your role will be at the wide receiver position and maybe special teams?

DA: “Well, right now they are just telling me to continue to work hard and that’s what I am going to do. Hopefully everything will take care of itself.”

CY: Your NFL Draft report said you have athleticism and explosive speed, but doesn’t have much sharpness in his short and medium routes. Have you been working on your routes in practice and have they improved?

DA: “Yeah. I have been working on my routes in practice. I believe that was said because I didn’t run too many short routes while I was at Auburn. I feel that I am a decent short and medium route runner.”

CY: You are good though with the deep ball. Think you will get a chance to be on the field for plays that include four or five wide receivers and maybe catch the deep ball from Daunte Culpepper if you make the team?

DA: “Yeah. Maybe I will. That’s what I am hoping for. Hopefully that will happen for me.”

CY: What’s it like been working with Daunte Culpepper and Joey Harrington in practice right now?

DA: “It’s real good. I am learning a lot. They basically mean business when they are out there. Everything is precise with them so you know you have to be at your best.”

CY: How much help have guys like Chris Chambers, Marty Booker, and Randy McMichael been thus far as far as wide receiver experience?

DA: “They have been a lot of help. They are helping me with a lot of little things in playing the receiver position. When I have down time or practice not going too good, they are there to life me up and tell me everything is going be all right. They tell me to continue to keep working.”

CY: What’s it like playing for Miami Dolphins head coach Nick Saban overall and how tough a coach is he really?

DA: “Well, he is a tough coach, but he just asks me to just do your job. You just do your job and give effort and things really aren’t that bad. He’s a real good coach. He wants to make us into champions so you know this is what it takes.”

CY: What is the most important thing you can learn as a rookie during your first season in the NFL?

DA: “Support the team. Just to give effort. Effort means a lot. Just giving that little extra bit of effort can go a long way.”

CY: From what you have seen in practice on both sides of the football and through the first preseason game, how many wins do you think this team can have this year?

DA: “I believe with everybody being healthy I believe this is a ten plus win team right here. I believe we have everything we need offensively and defensively.”

CY: What was it like to be part of the 2004 13-0 Auburn Tiger football team and catch a touchdown pass in the 16-13 win over Virginia Tech in the Nokia Sugar Bowl?

DA: “That was great. Unforgettable. Not too many people can say they ever went undefeated at any level in sports. For us to be able to have done that and me be a part of it just you know, time I will never forget.”

CY: How much did Auburn head coach Tommy Tuberville help you in college and help you prepare for the transition to the NFL?

DA: “He helped me a lot just by making us work hard and no matter if we were freshman or seniors we were always involved in the special teams. That’s a big part of playing in the NFL. Especially me being a rookie, I know that special teams is a big part of the game. He always made sure that we were on one.”

CY: Your player bio on the Auburn football website said your career aspiration after football is to own an Italian restaurant. What would the name of the restaurant be and what would be your specialties?

DA: “Well, I kind of changed my mind. I still want to do a restaurant. Maybe a sports bar and grill.”

CY: What would the specialties be for that and what is your idea?

DA: “Just a place where you can just come down to and sit and have some wings, chicken fingers, things like finger food. Watch sports on plasma TV’s all over the place.”

CY: Your father moved to the states from Lagos, Nigeria. How important is it for you to represent your heritage and how often do you keep up with what is going on over there?

DA: “Well, it’s important for me to represent my heritage because that’s where my father is from. Since I really have been in football I haven’t been able to keep up with my heritage too much. I just ask him a couple of questions every now and then.”

CY: Finally, what’s the one thing you want to accomplish this year and through your entire NFL career?