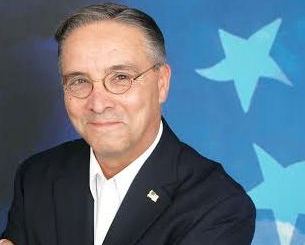 A few days ago, we spoke with Walter B. Jones, Jr. the incumbent Republican member of the United States House of Representatives from the Third District of North Carolina [see here]. This evening, we spoke with the Democratic challenger for that Congressional seat, Marshall Adame. Mr. Adame, a Vietnam veteran, is a retired United States Marine, having served 24 years in the Corps, among a variety of other accomplishments.

Featured columnist Jay Bildstein joins me for our CYInterview with the challenger for the Congressional Third District of North Carolina, regarding a host of social and economic issues.

Listen to the Marshall Adame CYInterview:

Speaking about why he would like to become a member of Congress, Mr. Adame said this:

“I’ve been serving my country for, well, I guess my whole life since I joined the Marine Corp. And you know, I’ve been watching with great interest and some worry to tell you the truth with the direction our country has been going in. I actually decided to do this while I was serving in a Department of Defense contract over in Saudi Arabia. And I came home last December, filed to run and have been running ever since.”

Giving his thoughts on his chances of being elected to Congress, the contender offered us this:

“I’ve been looking at the numbers, I have all the numbers now for the early voting. And if the early voting numbers were the whole election and they’re not even close to the whole election, but if they were, I would have prevailed. But tomorrow is another day and so we have to stand by and watch. This is a 20 year incumbent that I am trying to unseat. You know, and, but the mood has changed in North Carolina. So I believe I have a better than fair chance of winning.”

Mr. Adame, a Democrat, is not someone who agrees with all of President Obama’s positions. He believes the 2009 stimulus bill did no good for the economy:

“That 800 billion dollar stimulus did absolutely no good to the economy. Had the federal government had just paid off every mortgage in America that was under $100,000, the economy, not that they were gonna do that, but had we done that, all that money would have been put back into the economy almost immediately and about 40 percent of Americans would not have a mortgage right now. And instead we did just the opposite. We gave it to these banks that were too big to fail and look what happened.”

Finally, if he got elected to Congress, Marshall Adame relates that he will not feel beholden to the Democratic Party:

“If you want to be a United States Congressman you’re asking to, for the people to trust you with leadership, with leadership. Not politics. You’re asking them to trust you as a leader. Now a leader doesn’t worry about what the repercussions of being a good leader are. He doesn’t have time to worry about that. He worries about whether his leadership is going to be effective and solve the problems and bring people into the direction that is best for them.”