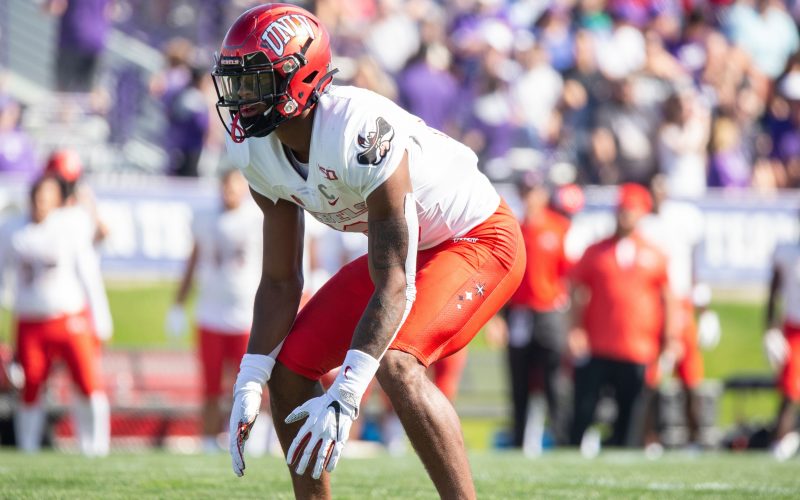 In every NFL Draft, there is a group of players who, in later rounds, are considered high value. These players can add strength to an NFL roster. Additionally, at times, they do far better than their originally perceived potential. University of Nevada Las Vegas defensive player Javin White has a chance to be one of those players. On the defense, he has played cornerback, linebacker and safety. He is billing himself as the most versatile player in this year’s NFL Draft. We believe him.

Javin joined us for a pre-NFL Draft CYInterview, to discuss topics including his football talents, his training regiment and stats and what it was like to play college football in Las Vegas, the Entertainment Capital of the World.

Some NFL Draft experts have projected Javin White to be drafted anywhere between the fourth and seventh round. Getting a phone call from the NFL team that picks you is a life changing moment. This year 255 young men will get be selected and get their chance to play professional football. On what getting that call means to him, Javin told us this:

“Honestly, it’s just all the hard work and the determination I’ve had to get to the point where I’m at. And to get that call is, you know, I’ve been doubted, I’ve been stressed out about this whole situation and I had a coach tell me that this game is stressful. You know, whoever tells you that it’s not then they’re lying to you. That’s one thing it is. Football’s a stressful game. You know, I think the best thing about football is that it’s a competitive job. Like every other sport, you know, it’s gonna be the 2020 Draft this year, but next year it’s gonna be the 2021 Draft and it just keeps going. So, you’ve just always gotta stay in competitive nature, continue to just fight for your job.”

On why every NFL team should consider drafting him, the UNLV football player told us his ability to play multiple positions on defense, at a high level, is his main selling point:

If Javin were drafted, he would be the first player from the University of Nevada Las Vegas to be selected in the NFL Draft since 2010. On what that would mean:

“Man, I can’t even say how I would feel during Draft time. And just the, you know they say UNLV has a curse. You know, a lot of us believe it, but I plan on breaking that curse.”

NFL coaches, scouts and fans of the game will learn a lot listening to this CYInterview with this college football star, about his future at the professional level.

Good luck Javin! We are pulling for you.

You can listen to the entire CYInterview with Javin White below: