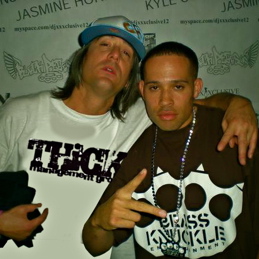 US immigration, and the alleged lack of racial tolerance in the states, continue to spark debate. Colorado-based rapper Black Pegasus, who happens to be of both African American and Mexican descent, acknowledges issues like the overcrowding of hospitals, but calls for “a better way.”

Music manager, producer and concert promoter David Schoelles who happens to live in Arizona, points out that Hispanics in Arizona make up one-third of the state.

Both join Chris Yandek and CY Interview to dicuss the issue.

Black Pegasus:  “This is not the right way…it’s racial profiling..it’s really a war on a person of color. That’s all it is.” He goes on to say, “We have Russian and Irish immigrants here but their not going to be the ones pulled over and harrassed.”

David Schoelles:  “[Referring to the music industry] Everyone needs to do more on this issue.  When you think about Alexandra’s [Taveras] single, Land of the Free, she’s done it in both English and Spanish. That’s a great thing because not only do the Mexicans but entire hispanics, Latinos, the Spaniards…they all need to get behind it.”

The common thread with most of the musicians we talk to is the fact that music bridges cultural gaps.  Both Schoelles and Black P believe there is a need for more music projects for bringing everyone together.

Listen to the David Schoelles and Black P CYInterview: