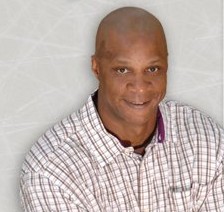 Those who have had their fair share of demons and personal struggles might draw inspiration from Darryl Strawberry. The former major leaguer says his numerous troubles are behind him. In recent years, Mr. Strawberry has left a life of substance abuse and legal troubles behind in order to make a difference in people’s lives. Specifically, Strawberry has been working to raise money and spread awareness for the fight against autism. On September 20th in East Meadow, New York, Darryl will be holding his fifth annual golf tournament for that cause.

Through the highs and lows of his life, the former baseball star has learned some important lessons for his relatively new mission of making a difference in other’s lives.

“It’s not important to be important for any human being, any individual because we all have a journey and we’re all gonna go through something. But I didn’t do this because I wanted to be important. I did this because it was a need. If you have the means and the status of being famous or something like that and you don’t even have to be famous, people just need to get involved. They need to get involved, give their time and realize. Stop being concerned about your life. If you help somebody else, God help you. I think that’s the importance of America. We need to get back to that of helping others and stop worrying about our self and that’s what happened to me and my wife.

We decided we wanted to help others and our life just continues to grow and get better spiritually, mentally emotionally because of giving back and helping other people…All my struggles are self inflicted. These children [with autism] are not self-inflicted…It’s an illness that affects the brain and you look at them and you have compassion and you have love and understanding for these people.”

Those who know of Darryl Strawberry’s substance abuse past probably wonder how the former Met and Yankee got clean and broke away from drugs? For Mr. Strawberry, finding God and religion are what he says have led him to a new life.

“I got clean through my relationship with the lord. I have been in a ministry. Me and my are both in a ordained ministry. We served here under the ministry for seven years and we just turned our life over to the lord and I just became a new person. I became born again and I left the old and the old is dead in the past. I moved on from that and I’ve started a new journey. I started a journey of being a servant and teaching people the gospel and teaching them everybody’s not gonna be clean in the room. AA or NA which is great programs. I just, me, I surrendered to God and my whole life was transformed and I became a new person.”

On the game of baseball and professional sports, in general, today, Darryl says he has no regrets from when he played. However he believes the sports landscape has changed because professional athletes don’t play with nagging injuries compared to when Strawberry was out there in the 80s and 90s.

“I have no regrets with the time I played and everything, they’re well deserving of it. I just think it’s changed a lot to the fact that the players, from me seeing, a lot of players don’t play with no nagging injuries like we did back in our days. We got out there and grinded every day if you’re hurt or not. Sometimes you just have to suck it up. I think it’s a little different like that. I think it’s very cautious with guys and putting them back on the field.”

Various twenty-something athletes are becoming instant millionaires playing professional sports. Many of these pro athletes make immature and damaging choices during their careers. Those choices can include everything from blowing all their money, ending up on the wrong side of the law, being affiliated with the wrong people and having an entourage of hangers-on who in many cases are only there to use them. As for finding a way to help these young millionaires make good choices, Strawberry provides a solution; educating athletes that they are businesses, in and of themselves.

Strawberry’s proudest moments in baseball were winning four World Series Championships. For Darryl, there was nothing else but winning.

“Winning. Those are the proudest moments, being able to win four championships and one with the Mets in 86 and three with the Yankees. So that’s the ultimate goal of anybody playing, anybody gets into sports that it doesn’t matter how much money you make and how much headlines you make. If you don’t win, nobody remembers. They remember the great ones that win…If your goal is not striving for winning, then you’re in it for the wrong reasons.”

In the stadium, fans had a special chant for the outfielder, when he was in the batter’s box. Strawberry says their chant of “Dar – ryl, Dar –ryl, didn’t bother him.

“It just made me feel that everybody knew I was in the ballpark and knew my name. I had a good time with it. It didn’t make me feel like insecure or anything like that as a player. When I put on the baseball uniform, I knew and I was determined to win. It was just driving me from my days as a kid and I learned to excel through high school playing basketball and baseball and winning. I came from winning programs so it kind of was ingrained to me so I was able to take that to the next level.”

For New York Mets fans, the 1986 World Series was a golden time. Darryl was a focal point of that team’s run. He reflects on what it means today.

“Just a team. A team of a strong belief from day one when we came out of spring training we had a winning attitude and it paid off for that course of the whole season because you have to start day one. You can’t wait to the end and say, ‘Well, we’re gonna win.’ You gotta be day one. I think that’s what we did day one and we accomplished that. So, that was a big thrill to be able to be part of a group of guys that understood that and knew the importance of that.”

The relationship, on and off field, between teammates Darryl Strawberry and Dwight Gooden is one of many highs and lows. Both are the only players to win World Series Championships with with the Mets and Yankees. Both were National League Rookies of the Year. In 1995, the two men shared a Sports Illustrated cover titled The Dead End Kids: How it all went wrong for Darryl Strawberry and Dwight Gooden. Off the baseball diamond, both battled personal struggles and went through similar challenges. However, with all the peaks and valleys each man faced, Strawberry says they still have a strong relationship today.

“We still have a strong relationship. We’re still friends. We’re just, he’s trying to move forward in his life and I’ve been moving forward for a great while in my life of just surrounding myself with helping others. I’m always there for him as a supporter of him in his life and hopefully he’ll do the same things and realize when you realize that your career is over, you put that behind you and you look at the latter part of your life and that’s what you do with the latter part of your life.”

As a baseball duo, Gooden and Strawberry hold a special place in New York baseball history. Many of baseball’s biggest fans, especially in and around the Big Apple, wonder what more both men could have accomplished if not for many of the off field issues possibly preventing them from living up to their true potentials. Strawberry tells me what message should be drawn from his and Doc’s travails.

“Well you shared a lot of things in common you know and you shared a lot of struggles and battles. But hopefully the message that come out of that is you just don’t quit, you don’t give up. That’s my message to people. Life is life. Life is gonna show up for everybody. You just can’t give up. You can’t quit and you gotta believe that there’s something greater that’s inside of you than yourself and when you understand the greater, that’s not you, then it becomes a real positive message for people that you’re able to bring hope to and I think that’s what you always want to look at. I mean I know for sure that’s been the case for me. I want to bring the positive of what people can accomplish if they don’t give up.”

Darryl admits that, considering his issues with drugs and a battle with cancer, he is somewhat surprised to be alive today. He is an example that it’s never too late to turn your life around.

Finally, Strawberry tells me how he wants to be remembered:

“Well, I just want them to remember me not as a baseball player, but as a man that came full circle and found his faith through Christ and was a servant to help lead other people to the redemption of their life and restoration of their life.”

You can find more information out about the Fifth Annual Darryl Strawberry Celebrity Golf Tournament on September 20th in East Meadow, New York at http://www.fightforautism.org.