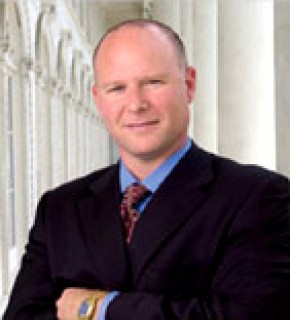 The state of California leads the nation in driving under the influence problems, which has even hit Paris Hilton, Nicole Richie, and now Lindsay Lohan who is at the center of this issue. Darren Kavinoky, who has been featured on programs such as Entertainment Tonight is a California native, a nationally known DUI expert, and a defense attorney that spends most of his time dedicated to the defense of people with DUI charges. He believes Lindsay Lohan will get six to twelve months in a tough rehab center. When it comes to her charges, Kavinoky believes committing a crime while out on bail for another crime and possession of drugs are her biggest concerns.

Chris Yandek: How many DUI cases would you say occur in California every year?

CY: How much time do you think Ms. Lohan will get?

DK: “There is the theoretical maximum and there is likely outcomes in her case and they’re different for some very complicated reasons. Her biggest exposure in terms of jail time is not the DUI cases. On a DUI case, the second offense, the statutory minimum if you’re convicted is 96 hours in jail and the minimum is one year. The bigger problem for her is the drug charges, which carry significantly more possible jail time, as a matter of fact, up to three years in state prison. There is an additional charge, which frankly hasn’t gotten a lot of media exposure, but it’s quite significant for her. That charge is committing a crime while you’re out on bail facing charges for the first crime.

If you remember in Lindsay Lohan’s case, she was out on bail for the Beverly Hills case when she got into this most recent incident and that is a separate crime, committing a crime while on bail for something else and that carries an additional year of exposure. The theoretical maximum is somewhere in the neighborhood of seven years or so depending on how they charge the case because the district attorney does have some discretion in terms of what charges exactly to file and that hasn’t yet been determined. What I think is a more likely outcome in her case given her very public attempts and failures at rehabilitation is that she will be ordered to spend some significant time in a very structured locked down rehab environment, perhaps six months, something that’s going to be monitored very close by the court.

Not the kind of rehab where she will be to come and go as she pleases where she can go and do a movie or fly off to Paris, certainly not the kind of rehab like Promises or some of these other high-end rehabs. I am talking about a rehab where she will be living with a roommate, scrubbing toilets, doing things it takes to get humbled to really get recovered. I say this not because I think she deserves to avoid punishment or avoid jail or prison, but simply because it’s so obvious what’s at the core of the problem. Here is a case of drug or alcohol addiction and the court is going to want to address those fundamental problems. At the end of the day, what the courts want and the prosecutors want is to avoid someone being a repeat customer of the system. Unfortunately Lindsay currently is.”

CY: The possession of drugs is more of an offense than the DUI charges?

DK: “Yes. The DUI charges even though she has two of them they’re both misdemeanor charges. The drug charges are felonies.”

CY: How will this be different because there were two men in the car with her during the second DUI?

I would expect these to be prosecution witnesses. We believe at least one of them has a personal injury case that he is filing or contemplating against Lindsay for some injuries when she allegedly ran over his foot. This is somebody Lindsay should expect won’t give favorable testimony to her, although there is some very obvious motives to fabricate and embellishing. I would expect those issues to be full flushed out too. To fully answer your question, having witnesses in the car we expect to give harmful testimony to Lindsay’s interest. That’s probably the biggest difference in that case.”

CY: If she didn’t have the finances to hire a top attorney like yourself or Blair Berk, would her outcome be different?

DK: “It’s a somewhat sad statement, but I think people get as much justice as they can afford. That’s not to say public defenders can’t achieve justice because they’re some great, hardworking, very skilled public defenders, and unfortunately there are not some not so skilled public defenders and the client has no control over which one they get. Being able to mount a defense or assemble a defense team that rivals the resources of the prosecutor is incredibly important for someone who stands accused. We saw it in OJ Simpson, we’ve seen it in other high profile cases, to be able to do the kind of testing, creations, lab work, forensic work, and all the other things that can go on in these cases. It takes all this money to do those things successfully.

If Lindsay chooses to mount a defense in trial she would be at least a level playing field. I don’t know about an advantage because clearly the government has limitless resources to invest in these prosecutions, but for somebody with the financial resources it at least levels the playing field and that is different than the run of the mill case has when it is most often someone doesn’t have those resources in a playing field that is slanted pretty much in favor of the prosecution.”

CY: Finally, you think she might get some jail time, but more likely she will be in some six month to one-year rehabilitation center and the drug charges and the fact she did a crime while out on bail is really the thing she needs to worry about correct?

DK: “In terms of the jail that is correct. In terms of the collateral consequences, the other things that can arise as far as the criminal conviction, unfortunately the list goes on and on and on in terms of what can happen to her, problems with her driving privileges. If she’s convicted of a second offense DUI she will lose her license for two years. The potential problems of being able to go to Canada for example with a DUI conviction or felony conviction, Canada won’t let her in. That can be a big deal for someone in the entertainment industry. There is a lot that goes on there. The list really does go on and on, but in terms of jail you got it exactly right.”

You can find more information about Darren Kavinoky at the following link:
http://www.1800duilaws.com/lawyers_bio/darren_kavinoky.asp