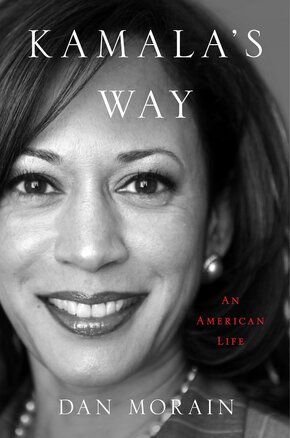 Last month, political journalist Dan Morain’s book about Vice President Kamala Harris was released. It is published by Simon and Schuster. Titled Kamala’s Way: An American Life, it focuses on her upbringing, as well as her political life as District Attorney of San Francisco, Attorney General of California and United States Senator for the State of California.

The book takes an informed and balanced approach to who Kamala Harris is and what we might expect from her as Vice President of the United States and beyond.

Focusing on her family, Dan Morain says that Vice President Harris’s Mother is her greatest influence:

“I never met Shyamala Gopalan Harris, but without a doubt she is Kamala Harris’s biggest influence. Kamala Harris talks about her all the time. She refers to her in all the important moments, of, but you would see Shyamala at, up to her ears in Kamala Harris’s first campaign for district attorney. She was there at the swearing in and every swearing in before her passing in 2009. Her father much less so. Her father was not particularly, Kamala Harris describes her father as a good guy, but somebody she says she’s just not close with. I don’t understand that relationship.”

In Kamala’s Way, readers learn about the empathetic side of Kamala Harris. The author explains:

“I never knew about this empathetic side, but she really does have that. It’s a recurrent theme and I found it humanizing, endearing and it also shows as you point out, this sort of multilayered person, who she is. That this is a very tough lawyer, prosecutor, put people in prison for long periods of their lives, maybe their entire lives, but she also has this side to her that, you know, she’s got heart, which is probably one of the things that helped her bond with President Biden.”

Being part of the California press, Dan Morain covered Kamala Harris for years, as she rose to political prominence in the state. On how she interacted with the press, he said this.

“She can be quite charming, but she’s really good at not answering the question and I think the Washington Press core will discover that. She picks and chooses where she weighs in.”

On whether Vice President Harris will make a good President of the United States one day, the journalist said she will be better prepared in four or more years:

“Joe Biden, I think is gonna be a pretty good teacher and I do think that she listens to people who know more than she does and understands that she doesn’t have all the answers. I think that, that matters.”

As far as political identity, Dan Morain does not believe that Vice President Harris is a far-left politician:

“I don’t think she’s ever been to the far left. Although her voting record in the Senate suggested, you know, she was clearly on the left in the Senate. Yeah. I do believe that the Biden/Harris administration clearly understands that they need to figure out a way to talk to that, you know, 45 percent of the country who didn’t vote for them.”

Featured columnist Jay Bildstein joins us for this CYInterview where he discusses various facets of Kamala Harris’s life and political past with Dan Morain.

Listen to the entire Dan Morain CYInterview on YouTube:

You can find more information purchase a copy of Kamala’s Way: An American Life by clicking here.

You can find Dan Morain on Twitter by clicking here.