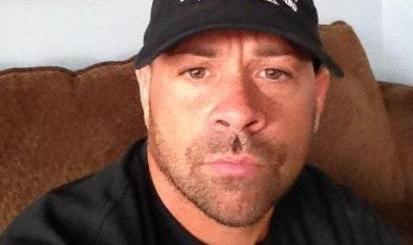 Ah, the Internet, a place where old media meets new media, where messages on social sites travel to the four corners of the earth (the earth is square?) at light speed, where fact collides with fiction and they blend together like flour and water. The result? I don’t know. It could be a tasty cake; it could be a bland, mud-like substance. Media, fact, rumor, innuendo, truthfulness vs. truthiness, pop culture and politics, housewives – desperate and real – the quest to discern appearance from reality (yeah right;) the state of life in 2013, you have to love it or not.

Talking about housewives, we have had them here at CYInterview. In recent months we’ve been joined by three intriguing and beautiful women from The Real Housewives of Miami: Lea Black [here], Karent Sierra [here] and Lisa Hochstein. [here] And lest we forget, we had the pleasure of interviewing one of the Desperate Housewives a few years back, none other than the lovely Eva Longoria [here].

Today, we take you up north to gain some insight into something that might touch upon that particularly popular domain of domestic drama, The Real Housewives of New Jersey. It seems something is afoot or not. Maybe. Maybe not. I don’t know. “Bueller, anyone?”

Bryan “Bulldog” Bowen spoke with me yesterday, shedding light on whether or not he would take part in the upcoming season of The Real Housewives of New Jersey. In an exclusive conversation with CYInterview, Brian shares with us his thoughts on being on the Bravo TV show. Additionally, he gives us a bit of insight into who he is.

You can read the highlights or listen to Brian’s CYInterview in its entirety, below:

Clarifying whether he has agreed to appear on The Real Housewives of New Jersey, Brian says this:

“No it’s not true, not at all. As a matter of fact, I have not even spoken to any of the producers. So it’s news to me.”

On whether Mr. Bowen would like to be on The Real Housewives of New Jersey:

“I have no plans on being on the show. I guess, however, you know if the circumstances are right for me, I gotta believe I’d consider it.”

For those who follow The Real Housewives of New Jersey and are curious who he is, Brian shares this synopsis of his life:

“I was born in Jersey City. I grew up in Bayonne, raised by two great parents. I have a sister. I’ve always played sports, lot of basketball. Back when I was younger we played a lot of street hockey, football. I was always into contact sports, boxing, MMA, in and out of the gym my whole life pretty much. After that I worked for Local 28, a machine metal worker in Manhattan. Today I box. I coach kids today. I try to help out anybody I can with life issues. … I guess all I could say is I believe, I’m a good person. I’ll help anyone, any time if I can. You know and I just try to do the next right thing, to stay positive.”

2 Replies to “CYInterview Exclusive: Brian “Bulldog” Bowen Says He Has Not Agreed to Appear on Upcoming Season of The Real Housewives of New Jersey, More”