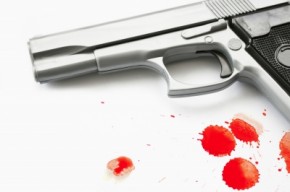 Today, I saw a report on CNN claiming violent crime, across America, is down. What was presented as puzzling is that experts expect crime to rise when the economy is not doing well and unemployment is up.

At the end of the piece it was suggested that human kindness might be the reason criminal activity has reportedly lessoned. Perhaps, the human kindness remark was made half jokingly. Then again, I, just like everyone else I suppose, would like to believe the goodness of humanity and collective enlightenment is leading to less crime.

But is that really the case?

Actually, I believe crime is down for another reason. First, let me say this is pure conjecture on my part. I have no proof for what I am about to share with you. Call it a hunch.

It is said that crime generally rises when the economy is bad. More people are out of work and there is less money to go around. Yet, even in truly awful economic circumstances, how much crime is committed because people are hungry and looking to steal enough money to eat?

I suspect – I have not verified this – most violent crime is not of the, “He committed a gunpoint robbery to feed his kids,” variety. Instead, I believe a bad economy leads some people to feel hopeless. Combine the feeling of hopelessness with being idle and the ground is potentially laid for more crime. The phrase, “Idle hands are the devil’s workshop,” comes to mind.

So, what caused a statistical drop in crime for 2010? I suspect it might be the Internet. As more and more people across America have access to the Net, particularly via broadband, their feelings of hopelessness might decrease and they might not perceive themselves as being idle.

In simple English, for many the Internet works as a combination Nanny and entertainment venue. There is so much to watch, read and listen to that people can sit in humble circumstances, physically and economically, yet their brains are occupied and satisfied

Bottom line, I suspect many people are too busy being connected online – surfing the Web in old-speak – watching videos, listening to music, reading gossip, playing games and Facebooking and Twittering, that the time that might lead to getting into trouble is otherwise occupied.

To the extent that crime is decreased owing to this, if my hunch is correct, it is a good thing. To the extent that many people are just wasting time online when they could be learning something or getting a better handle on how to think better and become more productive members of society, not so much.