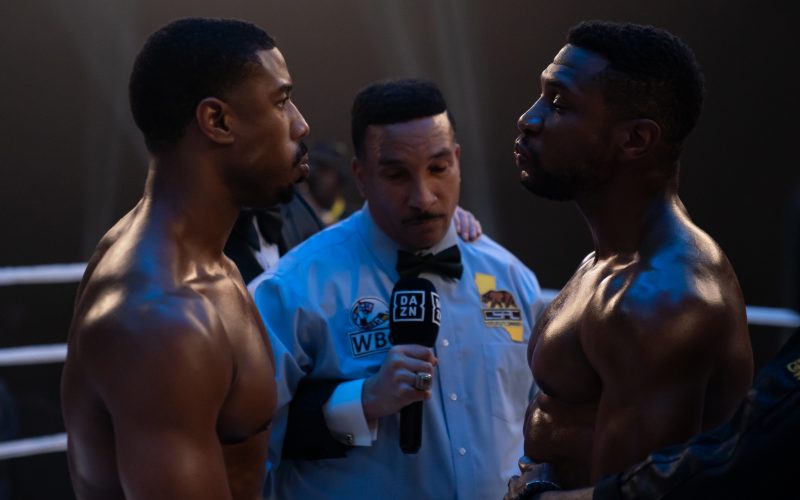 An official date has been announced for the latest film in the Creed franchise, which is part of the Rocky-verse. Creed III will be in theaters nationwide on March 3rd. The series focuses on Adonis Creed, son of Apollo Creed. Apollo Creed was featured in Rocky, Rocky II, Rocky III and Rocky IV.

The debut trailer has a storyline about Adonis Creed, played by Michael B. Jordan, and his childhood friend Damian, played by Jonathan Majors. Damian resurfaces in Adonis Creed’s life after serving a long prison sentence.

In what is the biggest news about the film’s release, it has been reported that Sylvester Stallone will not reprise his role as Rocky Balboa in this picture. We hope that Rocky will be back one day on the big screen. There are few movie characters who are more inspirational.

Above and below are some of the first production stills from Creed III.