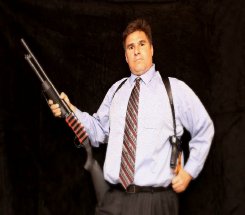 As the discussion of WikiLeaks continues, in the United States and around the world, some people are wondering what constitutional rights, if any, Julian Assange and his website, WikiLeaks.org, might enjoy. To gain some perspective, we spoke with constitutional attorney Noel Flasterstein.

Flastertein focuses on constitutional issues in general and is also a Second Amendment rights expert affiliated with the NRA (National Rifle Association.)

Aside from questioning attorney Flasterstein about Assange, we took the opportunity to speak with him about the use of body scanners, at airports, by the TSA (Transportation Safety Agency) and whether it is a violation of privacy. With holiday travel time upon us, this is certainly an issue of interest.

Mr. Flasterstein believes that the body scanners are a violation of the Fourth Amendment (right to privacy.) He also believes that people in general aren’t fully aware of what’s actually in the United States Constitution.

“Here recently, there was the body scanner and pat-downs. Well, to me as a Constitutional Attorney and as a citizen, that’s clearly from my perspective a violation of our Fourth Amendment and our Fourth Amendment protects us from unreasonable searches and seizures…If you don’t know what your right is and you don’t complain about it – and that’s the first thing I learned as an attorney, if no one complains, there’s not a problem. There’s not an issue.”

Questions have been asked whether WikiLeaks owner Julian Assange sharing of Government information is legal or a danger to the United States Government. Does Mr. Assange have First Amendment protection? Noel believes if it can be proved he put the U.S. government in danger then the First Amendment would not be a defense for him.

“I don’t know if he’s got the protections of the First Amendment because the question we have to look at it with the information that’s being released through WikiLeaks by Mr. Assange, does it subject the United States or the National Security, does it subject us, our country, our government to danger? If it does, then he no longer obviously has a First Amendment protection from his expression.”

Further elaborating on Mr. Assange’s possible violation of a federal statue under the Espionage Act, Mr. Flasterstein says that the act created in 1917 hasn’t’ really been tested much and it might be the reason the Obama Administration has been hesitant to go more aggressively after Mr. Assange.

“If he’s got the information, he’s got a right, but we do have a federal statue, the Espionage Act, which came out in 1917, the Espionage Act of 1917. It was right around World War 1 and the full limits or the Constitutionality of that statue really hasn’t been tested that much.”

As a gun’s rights advocate and referral attorney for the NRA, Mr. Flasterstein believes that gun rights are always going to be an issue in this country at both the local and federal level. As an expert and advocate for the Second Amendment, he believes that the fight for the Constitution and the Second Amendment all comes down to civil rights and the ability for someone to arm themselves if they want to.

“Every law abiding citizen if they choose to exercise their right, have the right to arm and keep arms and protect themselves if they want to, but it’s not going to stop…The Second Amendment, the fight for upholding our Constitution, the fight for gun rights is civil rights.”

You can find out more about Noel Flasterstein and everything he does with Constitutional Law and the Second Amendment at http://www.gunrightsforyou.com.