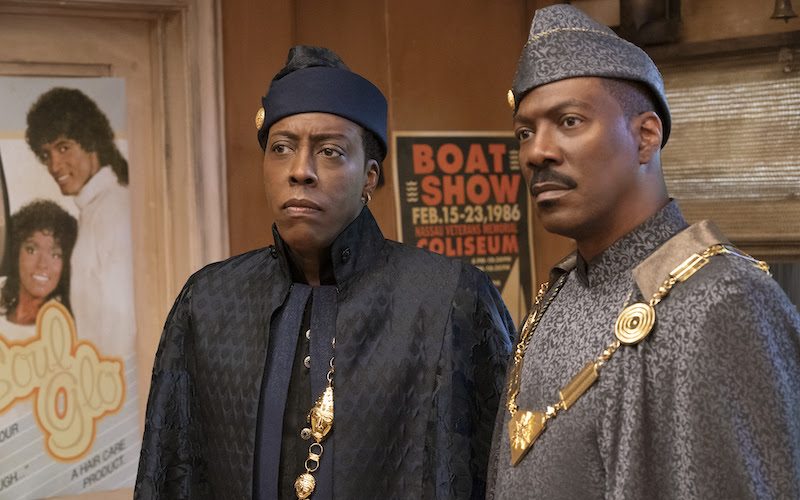 One movie to look forward to in 2021 is the sequel to Eddie Murphy’s 1988 film Coming to America. In the upcoming sequel, Coming 2 America, the former Prince Akeem Joeffer, played by Eddie Murphy, is now King of the fictional African nation Zamunda. Alongside his friend Semmi, played by Arsenio Hall, the two return to Queens, New York where they traveled to in the first film.

Coming 2 America will be released on Amazon Prime Video on March 5th. It will be one of the biggest movies that Amazon’s studios has released to date, as more pictures get exclusively released on streaming services.

Past CYInterview guest/music superstar Paula Abdul did choreography for the first Coming to America. During her Las Vegas residency last year at the Flamingo Hotel and Casino, part of her show reflects back on the work she did for the movie. You can read and listen to our CYInterviews with the Straight Up singer here and here.