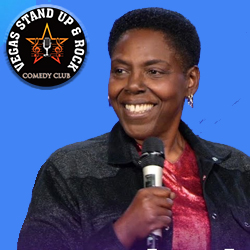 Every night through January 15th at 7:00 PM Pacific Time, comedian Nikki Carr will be performing at the Vegas Stand Up & Rock Room at the Oyo Las Vegas Hotel and Casino.

During her career, Ms. Carr has performed on NBC’s Last Comic Standing and One Mic Stand with Kevin Hart. In the acting world, she has starred alongside actors Alicia Silverstone and Jon Cryer, in the movie Ass Backwards.

You can learn more information about Nikki Carr’s comedy engagement by clicking here.