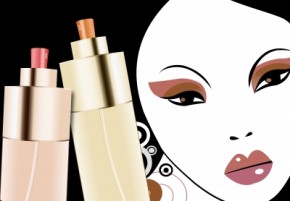 We live in a world in which we are highly influenced by what we see. Often, we become veritably hypnotized by images. When it comes to products, packaging is important. The best product in a poor wrapper is not going to fare very well in the marketplace.

In a philosophy course I took in college, the professor started out by stating that one of the most basic philosophical quests is to discern appearance from reality. I accepted what my professor said without question. Years later, I happened upon a book about philosophy. In it, the writer offered that, “Appearance is not apart from reality, it is a part of reality.” A light bulb went off in my brain.

Those of us who are enamored by substance – and we should be – often become dismissive of appearance. We claim that how something looks is unimportant. We only care about how it functions. While this utilitarian mentality sounds noble, it lacks a fundamental understanding of how people come to conclusions.

I suspect your answers to the above questions are no. But think about it. In each case, the above mentioned people might be very good at what they do. The issue is that they do not look the part. There is a lack of congruence. You see, for better or for worse, we take image into consideration when judging performance.

So, for example, if you are in business you might want to think about how your appearance affects your sales. An individual does not have to be a movie star to have a sound professional image. However, keeping in mind certain basics like grooming and neatness can go a long way to aid us in our endeavors.

Being able to accomplish something is not always enough to be successful. Frequently, we must look like we can accomplish it as well, in order to be given the opportunity to demonstrate our abilities. Is this fair? We will leave that philosophical question for another time.