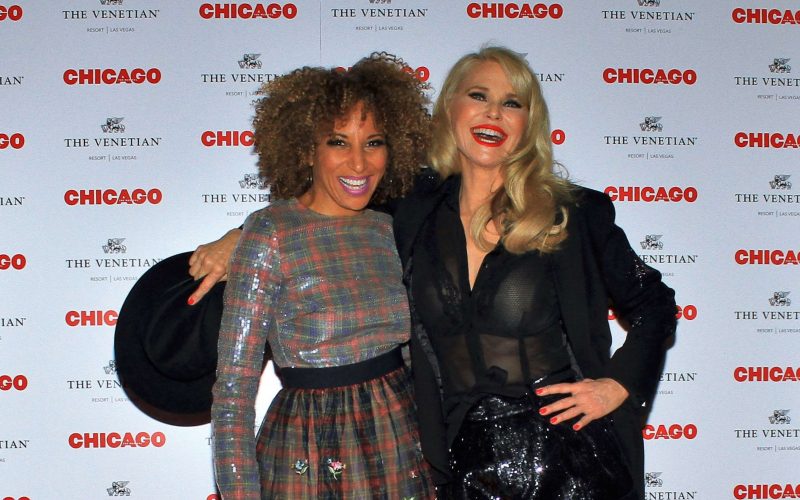 This week, Broadway meets the Las Vegas Strip. Through Sunday April 14th, the longtime Broadway production Chicago is at the Venetian Theatre. The musical about two women in jail and a famous attorney from the 1920s has Christie Brinkley playing the role of Roxie Hart.

Though many may know Ms. Brinkley for her modeling work and line of skin care products, the Sports Illustrated swimsuit cover girl legend shows off her acting and singing abilities in this famous musical.

By the end of performance, you are introduced to another side of Ms. Brinkley. She plays Roxie Hart in her own way, to her own strength, and it works for her. Playing the role of Velma Kelly is Lana Gordon who has been singing and performing in stage shows for more than two decades. She was one of the original cast members of Broadway’s Lion King. Both have individual numbers and songs together and the two work well together. See a picture of the them both, above.

On Wednesday evening, CYInterview was on hand for opening night, of the longest running American musical, here in Las Vegas. For those who are looking for something different on the Las Vegas Strip, seeing Chicago will leave you with a good feeling. The production is well over two hours and you will get your money’s worth. Take note that there is an intermission.

Photo credit for this piece goes to Ira Kuzma.

Chicago is at The Venetian through Sunday April 14th. You can purchase tickets and find more information about the remaining shows clicking here.