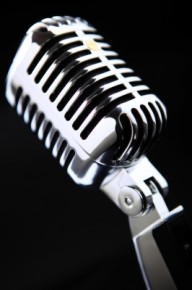 Earlier this week, we posted CYInterview’s extraordinary roundtable discussion covering the upcoming Floyd Mayweather Jr./Connor McGregor fight [see here.] Joining us for that conversation were Dan Severn, Gary Stretch, Ric Drasin, Bobby Rooney and Scott McGimpsey. I am proud to have been able to be a panelist with such a well-rounded and gentlemanly group of fighters/fight commentators. We had every angle covered, from MMA to Boxing, as well as amateur and professional wrestling. CYInterview featured columnist Jay Bildstein hosted the discussion.

Now, just hours away from the mega-hyped boxing match, you can listen to my radio appearance on Steve Maggi’s excellent Vegas Never Sleeps Radio Show, talking about our phenomenal panel and their take on this potentially record breaking sporting event.

Vegas Never Sleeps is broadcast on a variety of radio stations in Washington, Oregon and Missouri. Steve’s show is dedicated to everything Las Vegas and we always enjoy being on.

You can listen to the entire segment below:

Listen to the entire CYInterview panel below: