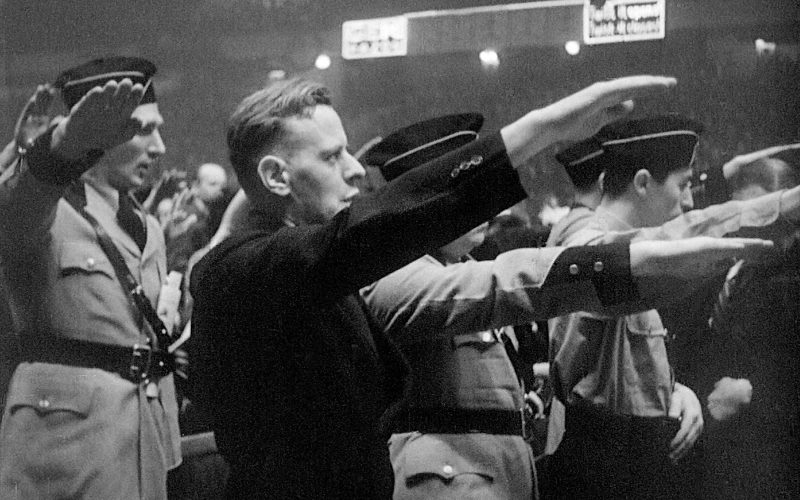 Over dinner with a friend, documentary filmmaker Marshall Curry learned of an event in American history he had never heard of. It was 80 years ago this week that 20,000 Americans gathered in Madison Square, in New York City to celebrate Nazism and Adolph Hitler. The year was 1939, two years before the United States became involved in World War II, in 1941.

Learning of this event inspired Mr. Curry to do research and gather footage of it from a variety of sources, resulting in his producing a seven-minute short documentary film, titled A Night at the Garden. The film is nominated in the Best Documentary Short Category, at this Sunday’s Academy Awards.

What Marshall covered was no doubt a dark period in American History. He was puzzled that he had never heard about this event before. Frankly, so was I until watching his excellent documentary a few weeks ago. Talking about what inspired him to make the documentary, he told us this:

“I was shocked to discover that something like this wasn’t taught in every high school class on World War II and the Holocaust. But when I looked online, I discovered that there were some historical documentaries that had short, you know, maybe 10 second clips of them of footage from that night. And I figured that if there’s ten seconds, there has to be more than that. … There were pieces of footage in all these different places, but nobody had ever gathered it.”

Marshall Curry agrees that there are some parallels between what took place in the United States at this event in 1939 and where the country is today:

“We have a President who was elected on a platform of excluding people of a certain religion from coming into our country. You know, he, Muslims are the main target of his discrimination and immigrants and Mexicans. But it is the same as it was in 1939 in many ways. No. Again I’m not saying that Donald Trump is a Nazi who wants to institute death camps. I don’t believe that that’s true, but I think that he’s using the same, the same tactics of separating and scapegoating minorities for his own political gain and he does it at the expense of millions of our fellow countrymen.” 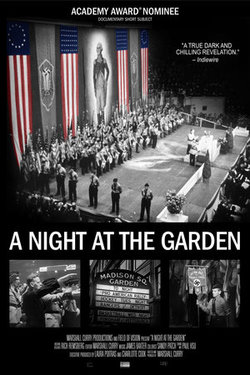 This is Marshall Curry’s third Oscar nomination. On what it would mean to win an Academy Award for A Night at the Garden, he shares his hopes that his seven-minute film will become an educational tool for the country:

“The great thing about the nomination and the great thing if it were to win is that it gives you a platform to share this film with a wider audience. I would love it if this footage became as commonly known as the footage of Civil Rights activists being hosed in the South during the Civil Rights Movement. It would be something that everybody was familiar with that was a cautionary image about what could happen when leaders turn us against each other and you know, fan the flames of hatred.”

Currently, Marshall Curry has been shooting footage of Cory Booker’s nascent campaign for the Democratic Party nomination for U.S. President. When the current United States Senator was running for Mayor of Newark back in 2002, Marshall produced a film about Mr. Booker’s campaign titled Street Fight. It was also nominated for an Oscar in the Best Documentary Feature category. He says watching that film from 2002, Senator Booker is the same person today in 2019:

“You know, I know Cory much better from my merits of having filmed him very closely for a year and change, when he was running for Mayor and he’s very much the same person as he was when he was 32. So you know, if people want to get an insight into what he was like then and I think pretty much what he is now, they can see that film Street Fight. It’s on Netflix and Itunes and Amazon.”

For more about A Night at the Garden and other topics, you can listen to the entire CYInterview with Marshall Curry below:

You can watch the entire A Night at the Garden documentary at the link and more about it clicking here.

You can check out Marshall Curry’s official website clicking here.

You can find Marshall Curry on Twitter clicking here.

One Reply to “Chilling Documentary, A Night at the Garden: Filmmaker Marshall Curry Up for Academy Award for Best Documentary Short Category; Film a Must Watch for All – Past Can be Prologue”