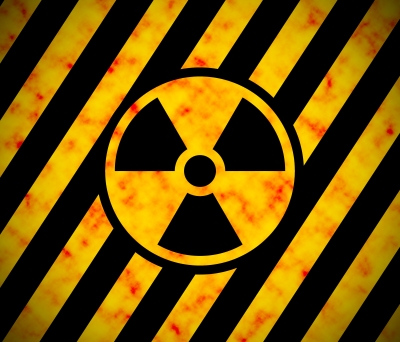 Sometimes one memory triggers another.

In the midst of Roma madness, on the eve of the 2019 Oscars, a scene from the film reminded me of another time and place: April 26, 1986–the date of the catastrophic Chernobyl nuclear explosion.

What could possibly be the common denominator here?

There is a scene in Roma in which Cleo is making her way through the mud in a poor neighborhood outside Mexico City. She has gone to look for her boyfriend Fermin. Suddenly a boy appears with an improvised helmet bobbing back and forth on his shoulders. He keeps apace of her for a while, and then tenaciously plods ahead. There is, in this boy, something heroic: his costume suggests both medieval knight and the astronaut who expands the limits of human achievement. Both roles most probably exceed his possibilities.

Interruptions are often accusations. Just as this film interruption addresses the inequalities of Mexican society, so an image graven in my mind points to the crass indifference of the Soviet authorities regarding the safety of those who lived near the ill-fated plant.

I have nowhere been able to find the photo I mention, and I suspect that it has been suppressed. It was, for me, the absolute iconic image of the catastrophe.

The days prior to the explosion had been extraordinarily warm, and the citizens of Pripyat, a model city constructed for the plant workers and their families, had put on their summery clothes and rushed outside. The photo in question shows a young mother pushing her baby in a carriage, quite unaware of a man–who looks much like an astronaut–and is approaching her from behind. Of course, his strange aspect is owing to a protective suit he has donned in order to measure the radioactivity of the city.

It took three days for the authorities to evacuate the city. But the evacuation did not put an end to their negligence.

A plant employee wrote numerous poems on this topic. Lyuba Sirota had been unlucky enough to take a moment’s respite from caring for her ill child, and stepped onto her balcony facing the plant just as the explosion occurred.

“We are not in their records,
our deaths appear as unconnected with the accident.
No processions were organized for us,
no wreaths were laid, no brass bands played sadly.

They chalked us up to unremitting stress,
to cunning genetic irregularities.

But it was, in fact, we who paid the price.
The price of rapid progress.”

Today the “Exclusion Zone” has become a popular tourist spot where the resilience of nature is celebrated. The photos of one-winged birds and calves whose faces look like a disordered picture puzzle have receded into the background. And, apparently, no one will ever again see the photo of the space men who interrupted that placid, summery day in Pripyat. At least I cannot find it.