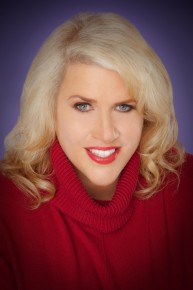 Glynis McCants is a numerologist who has been featured on many television programs including Entertainment Tonight, Good Morning America, The View and Dancing with the Stars. Ms. McCants has focused on celebrities for years. Glynis claims she tended to believe Amy Winehouse would die at 27, if she didn’t get her life together.

Listen to the entire interview with Glynis McCants:

“The reason I knew that, first of all, there are six numbers that make up a blue print of who you are and Amy’s chart. I will literally say the numbers to you and then I’ll explain what it means. She was 9-5-5-5-8 with a 5 attitude. The number five is the number for drama, but it’s a natural entertainer and the dark side if they can escape through drugs, alcohol, work, stuff like that. Well, imagine just not having one five in your chart, but having four of them.

So when I first saw her chart I was very worried for her when she was an addict because I thought that’s gonna be very hard for her to kick it out. Then she’s an eight life path. The eight can be a victim of their own circumstance. They feel like the world’s after them. It’s hard for them to say what part did I play in this. So again I was concerned in the end of her life she’d be a victim. What I said on air a couple of years back, I said, ‘I just think she might join that 27 club where she doesn’t make it past 27’ And she didn’t.”

Regarding renowned musicians dying at 27 years of age, including Janis Joplin, Jimi Hendrix, Jim Morrison, Kurt Cobain and Ms. Winehouse, Glynis refers to it as the 27 phenomena. The numerologist gives her take on why these musicians passed on at that age.

“The first thing you have to do is look at the number 27 itself. When you’re 27-years-old, you got the number two. Two is emotional. It’s all about love. You feel things very deeply. Seven is the number. It’s like saying you are God or you think you’re God. You’re not necessarily a spiritual person, but you’re kind of self-medicating the way all these rockers did. It becomes your I’m my God. I’m in charge of my life. I’ll be ok. That’s why they take a chance…Usually just because they overdid it and thought they were above it. Like, I can overcome the drugs.

So that comes with the number two and the number seven, two for emotions, seven for escaping. When you add it together, two plus seven is nine. Nine represents issues from the original family. Like having problems from when you were growing up as a child and not letting it go. Like our job is to overcome whatever our parents did that we didn’t like and get on with our lives. But when you’re 27, you will feel it more deeply. If you check these rockers, every one of them had issues from their family, every one of them.”

Not to be morbid, but a living, twenty-something celebrity people have talked about dying young is Lindsay Lohan. Certainly, we hope that never happens. To those who put stock in numerology, perhaps, Ms. McGants gives reason for hope. Glynis believes Ms. Lohan will not die of an overdose because her set of numbers is different. She says Lindsay needs to get over the problems with her family.

“I have her numbers and you know what? I’m not worried about her dying of an overdose and why do I say that? These rockers, Jimi Hendrix, Jim Morrison, they all have the numbers one, five and seven are the numbers they can’t escape. They’re the ones who do the drugs and alcohol and get in trouble. Lindsay Lohan, she has a nine attitude. So yes, most of her pain stems from her family, which we certainly know that. Unlike other people, her family wants as much attention as Lindsay gets. It’s sickening.

So they’re all trying to be in the limelight. So she has to overcome that. She was born on a two day and she’s a sixth life path. Let me tell you the difference, the two is the one that gets the world to fall in love with you because you have this emotion. Six is magnetic. She actually falls in with Britney Spears, Michael Jackson and of all people, Sarah Palin. If you think about it, Sarah became a star. Whether you like her or hate her, the world’s obsessed with her.

It’s those numbers. So it’s not the same pack. It’s not the same pack of numbers. Even in the case of Michael Jackson, his doctor did the over medicating. He was paying that doctor to do the job. He didn’t take his life. His life was taken. Mind you what he was doing was tragic to have to be medicated to go to sleep, but truly someone else was responsible.”

Recently, it was reported that Jesse James and Kat Von D – who were to have married – have split up. The numerologist notes Ms. Von D had a similar chart to Sandra Bullock and that’s why she knew the relationship between Jesse and Kat wouldn’t last.