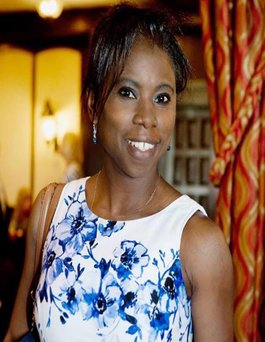 In the 1980s and 1990s, French figure skater Surya Bonaly was doing things on ice few would attempt. She performed many challenging jumps and wowed crowds across the world with her athletic feats. She is a three-time runner up at the figure skating World Championships and a multiple time French National Champion and European Champion.

During her career in figure skating, she was part of an era that included Nancy Kerrigan, Oksana Baiul, Katarina Witt, Yuka Sato and Tonya Harding. At the 1994 Winter Olympics, where women’s figure skating received national media attention, Surya would finish in 4th place and just miss winning an Olympic medal.

In the world of figure skating, few have as many medals and accolades as Surya Bonaly, but some always have believed there could have been more. Her life story is now being told as part of a Netflix series called Losers. The series aims to focus on athletes and people in sport who just came up a bit short, in one way or another, when it came to achieving their ultimate dream. During her Netflix story, she speaks to a group of female youth at an organization called Figure Skating in Harlem, where she says to them, “You don’t have to wait for a medal to make your life different.”

At the 1998 Winter Olympics which would be her last, Surya decided she would break the rules by doing a backflip and landing on one skate. It received a lot of media attention during that Olympic games. Looking back on that moment she told us:

“For me, it was normal to do the backflip on the ice. … Not normal for anyone, but for me it was.”

Today, Surya is a coach who is sharing her life experiences on the ice with aspiring figure skaters. She currently lives in Minnesota. However, she previously lived in Las Vegas full time, because always being on the ice, a cold environment, she wanted to be in warmer weather where she lived. Ms. Bonaly is also a lifelong vegetarian.

When it is all said and done, Surya Bonaly was a pioneer in women’s figure skating and showed the world that even if you do not fit the mold of what people are accustomed to in a sport, you can achieve greatness, win medals and take the spotlight. On what it meant to have Netflix tell her life story, in the documentary series Losers, she said to us:

“It’s definitely, you know, an honor because I am sure there’s a lot of people who would love to have their story public and you know, for the whole world could see what’s going on. I think it’s really nice that people thought about me and Netflix really had a great project and I thought it was nice what they did because I think overall, all the stories are amazing.”

To hear our entire CYInterview with Surya Bonaly, you can listen below:

You can find Surya Bonaly on Facebook clicking here.