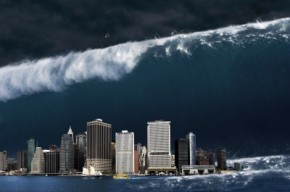 On May 16th, an entry appeared on the Center for Disease Control’s Public Health Matters Blog – http://blogs.cdc.gov/publichealthmatters – titled, Preparedness 101: Zombie Apocalypse. The posting has the name Ali S. Khan on it. Dr. Khan is listed as a Rear Admiral and Assistant Surgeon General on the CDC’s website. According to the site, he is in charge of the CDC’s Office of Public Health Preparedness and Response.

I say bravo to Dr. Khan and the CDC. This blog entry seems to be attracting a good deal of attention on the Internet. The search term, “zombie apocalypse” appears to be picking up online momentum.

Being prepared for an emergency is serious stuff. Yet, how many times have serious messages been lost on a show biz attuned public. Often, we respond better to what is entertaining than we do to what is important or educational. This blog entry, on the CDC’s website, seems to me a worthwhile attempt at infotainment.

Sure, I can imagine some individuals failing to see the humor in this important message. Some of the folks who have been subjected to Mississippi River flooding or people who were devastated by Hurricane Katrina, for example, might not see the humor in presenting information this way. I understand that when your family has suffered through a disaster and when lives and possessions might have been lost, it is difficult to find humor in certain things.

Many times, though, laughter is what just might keep us going during tough times. And, if the CDC can raise awareness about preparing for floods, earthquakes, hurricanes, etc. through a humorous blog entry, then more power to them.

Perhaps, we can say that Ali S. Khan, a man faced with a task of enormous importance, has shown us his Ali G. side. Ali G., of course, was the satirical character created by Sacha Baron Cohen – probably most famous for Borat – for his Da Ali G. Show.

Will this lead to a “From Ali Khan to Ali G., Disaster Preparedness is For Me” t-shirt? Heaven only knows. Maybe we could ask the “Obama Got Osama” t-shirt people.

You can find a link to the CDC post here: http://emergency.cdc.gov/socialmedia/zombies_blog.asp