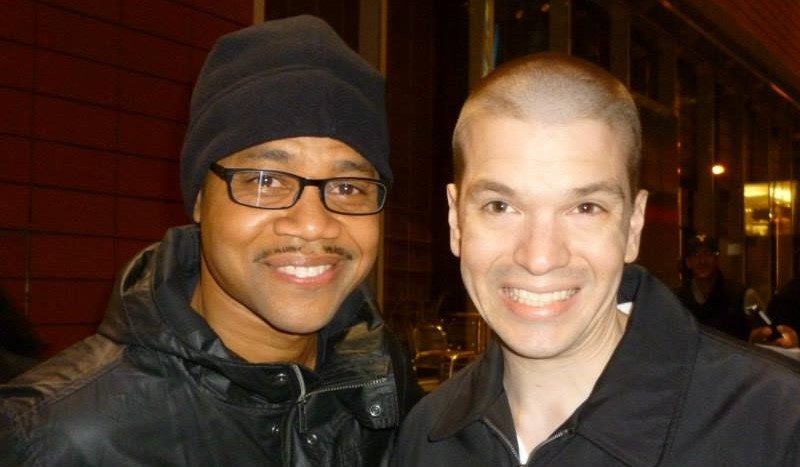 After our last trip to New York, I offered my review of the Tony Award nominated Broadway play Vanya and Sonia and Masha and Spike. [see here]. We also spoke with rising writer/director/producer Angelo Guglielmo, who is enjoying much success with his book/documentary film The Woman Who Wasn’t There [see here].

While in The Big Apple, we also took in the Broadway show The Trip to Bountiful. The play stars Cicely Tyson, Cuba Gooding Jr., Vanessa Williams and Condola Rashad. After the show, we met Oscar winner Cuba Gooding Jr. You can see our photo together, above. The show has been nominated for four Tony Awards, including best revival of a play.

The Trip to Bountiful focuses on a mother’s desire to return to her hometown. If you are interested in an uplifting and entertaining show centering on closure and life reflection, it is worth seeing. The show runs until September 1st.

You can find more information about The Trip To Bountiful at their official website here.