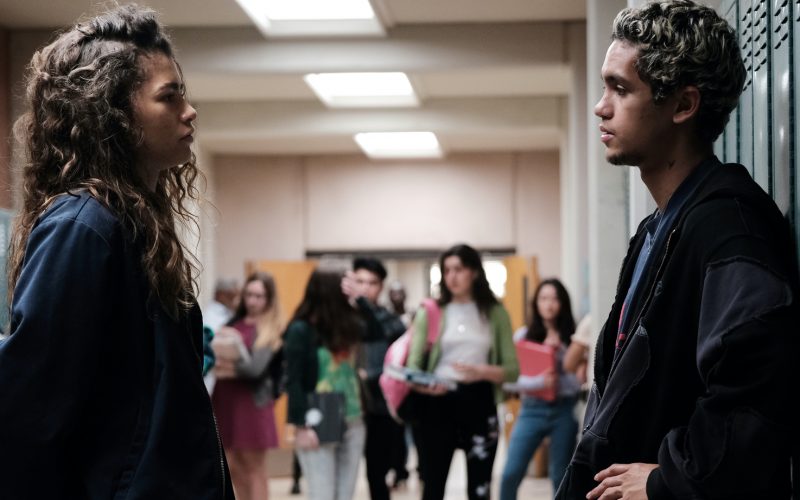 Did you watch episode two of season two of Euphoria last night? The episode continued the intense drama that is keeping viewers on the edge of their seats this season. CAUTION! If you are not interested in spoilers, then stop reading now.

Last night’s episode focused on a possible new relationship between Nate Jacobs and Cassie Howard, played by actor Jacob Elordi and actress Sydney Sweeney. Will this complicated relationship work out? Only time will tell.

In a somewhat surprising twist, Rue Bennett played by Zendaya and Jules Vaughn played by Hunter Schafer, have put their differences aside and are in a relationship again. Though everything is alright on the surface, Rue is still doing drugs and is lying to both Jules and her mother, Leslie Bennett, played by Nika King.

Euphoria airs on HBO at 9:00 PM Eastern on Sunday nights. All episodes can also be watched on HBO Max, at will.