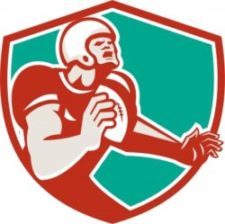 Recently, we provided you an early preview of the upcoming 2017 college football season [see here]. It was only 13 days ago that the world witnessed Clemson and Alabama in one of the great national title games in NCAA football history. Clemson won the game.

For a more in-depth preview of whether Clemson and Alabama can get back to the college football playoff and national title game next year, our Editor in Chief and sports commentator Chris Yandek provides some interesting analysis.