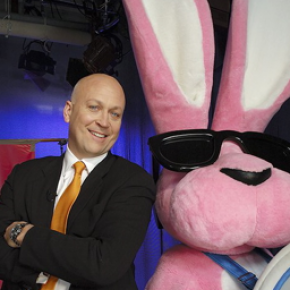 With the end of the first weeks of the baseball season, fans are flocking to stadiums nationwide looking for new players and familiar faces alike. None of those familiar faces, however, have started as many consecutive games as Baseball’s retired Iron Man and Hall of Famer Cal Ripken Jr. Cal started an unfathomable 2632 consecutive games and, today, continues his involvement in America’s pastime with the same vigor he had when he played the game.

Along with his brother, Ripken currently hosts a baseball oriented radio program. He’s also stayed close to the sport with his involvement in two kid’s baseball teams, as well as three minor league clubs. Additionally, TBS brought him in as a studio analyst for the MLB playoffs last year. Seems the Iron Man keeps on keeping on.

During the last decade, allegations, answers and admissions about the use of certain performance enhancing drugs in baseball have come up involving players such as Mark McGwire, Alex Rodriguez, and Jose Canseco. Ripken believes McGwire’s recent admission was probably liberating for him. Cal also believes it will be easier for the St. Louis slugger to sleep at night since there is no longer anything for him to hide.

When we first spoke back in 2007, Ripken admitted there was a cloud over baseball, concerning performance enhancing substances, and that the entire truth probably hadn’t come out yet. With some truth now having come to light – over the last three years – owing to the Mitchell Report and various prominent players fessing up, Ripken hopes fans can move past the performance enhancement question and, once again, focus on what’s taking place on the field.

Ripken continues as a spokesman for Energizer – the battery folks – where until April 23rd fans can nominate someone, at http://www.energizer.com/halloffame, for the Energizer Hall of Fame. Nominations should be made on the basis of good works an individual has done in their community.

Chris Yandek: Given the state of the economy and the United States of America, don’t you think more Americans than ever need somebody to help them out in one way or another in their community and thus the Energizer Campaign is really a great thing at this point and time?

Cal Ripken Jr.: “Well, I think no matter what time you are at, it’s very helpful that the people give a lending hand and when Energizer came to me I thought it was such a wonderful idea because it does celebrate those people that are doing extraordinary things in your community, lending a helping hand in the spirit of the bunny, never say quit attitude.

So we have been able to celebrate wonderful, wonderful stories over the past five years and certainly we’re in the nomination phase again. We’re looking for these type of stories, which is why I’m going on radio and TV and trying to encourage people too, if you know of someone in the community, especially now. These stories lift people up. If you know of someone, nominate them, go to http://www.energizer.com/halloffame and tell us about them. Of course you know the first prize or winner gets $10,000 in cash and $5000 to the charity of their choice, which can go a very, very long way. You have till April 23rd to act. While it’s fresh in your mind, I’m encouraging you to act right away.”

CY: In the many years that you’ve been doing this, what’s your favorite story?

CR: “Well, we’ve had five winners. We’re looking for our fifth winner. I’m including myself in there, but I’m not going to tell you my story. Last year, Dee Mills, she was a Marine mom, unfortunately lost her son in Iraq. She created this program that pays the postage for care packages sent over there. I love the fact that all the Marines over there still continue to call her Momma Dee.

A couple years before that, Melanie Goldish really moved me because her son had cancer and she also had another sibling, another son that was affected by the cancer and she realized that sometimes they’re forgotten. So she started a foundation Super Sims that looks after the forgotten ones, the siblings of kids with cancer. It’s just a remarkable program. She’s continued to have a lot of traction. The really, really cool part about this is looking at all the stories. You can only pick one person to go into the Hall of Fame each and every year, but we can certainly celebrate a ton of stories.”

CY: Looking at the state of baseball and where you are right now, what keeps you going in life as a broadcaster and just in general?

CR: “Well, I did agree to broadcast the playoffs or be a studio analyst for TBS and I really, really enjoyed that part of it. I didn’t know whether I would, but I love working with Ernie Johnson and Dennis Eckersley and last year it was Boomer Wells and so it’s what I know, but certainly I’ve stayed busy. I’m in the grassroots of baseball now. We have two kids’ complexes, three minor league teams. We’re learning a ton of stuff at the grassroots level of baseball and we’re teaching baseball and celebrating tournaments. It’s a good place to be at the grassroots of baseball.”

CY: In 2007, when I last spoke to you, we talked about the state of baseball. What did you think of Mark McGwire’s apology, coming forward and admitting of what he did in the past?

CR: “Well, in many ways I think all of us are done with this sort of black cloud that’s hanging over baseball. Unfortunately it still seems like it’s a lot of the same old news presented in a new way. I know Mark. I know he’s a good hearted guy and the thing that I think about that whole situation, I think it has to be so liberating for him to come forward and tell the story and probably had the best night’s sleep since he was able to come out and really make his admission and he’s back in a place talking baseball, teaching baseball which I understand he’s very good at and he’s helped many guys in the offseason and now he’s doing it for a job.

So I couldn’t be happier for Mark. I prefer as a fan now and someone in baseball is that the cloud would continue to move away from baseball because when you focus on baseball in between the white lines there is no better game.”

CY: Is it hard for someone like you to see these on going scandals in baseball in recent years when you played the game with such class and dignity?

CR: “Well, I try to keep it in perspective. Many times things are overblown and it feels worse than it is. I’m not diminishing what’s happened, but I’m really happy that MLB and the player’s association is coming together in unprecedented ways and they’re working together to try to present the game in the cleanest possible way that they can. So it feels, it hurts your heart many times when things happen, but at the same I like to look past that and look at the game itself and it is a beautiful game.”

CY: Do we need some tougher drug testing like the Olympics get, for example, or where do you think we are as far as that goes?

CR: “Well, I think any policy that they put in place is gonna be a growing policy, an evolving policy as you deal with different testing techniques and those sorts of things. So I think it’s a process in motion, a work in motion and I think they’re moving more towards a harder testing and harder penalties. I think the penalties are pretty hard. We do a radio show and my brother all the time is actually looking for harsher penalties. Again, I’m not so quick to judge. I’m really happy with the direction they’re going.”

CY: I think people would like to know from the reality/entertainment world, would Cal Ripken Jr. ever do Dancing with the Stars?

CR: “(Laughs) Probably not. I have two left feet and I’ve gotten a lot of attention from baseball in particular and I was always uncomfortable with the attention away from the field, but if I always had a glove in my hand or a baseball ball bat in my hand, I was ok with being shown on TV. I’m not so sure I’m comfortable in all those scenarios.”

CY: Finally, when you look at all your accomplishments including the Iron Man streak of over 2600 games, how do you want to be remembered?

CR: “I want to be remembered just as a gamer. Someone that came out and tried to meet the challenges each and every day and someone that could be counted on by their teammates. I think that’s so important when you’re part of a team that you can look across the locker room or look to the rest of the team and count on each and every member. So I always thought that was really symbolic of what the streak was all about.”

One Reply to “Cal Ripken Jr.: King of Continuity Continues”