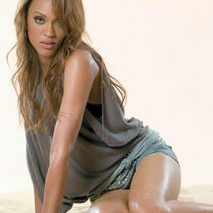 Chris Yandek has been informed that the other hot, singing property from Barbados, Shontelle, will be touring the UK and Ireland this summer with Beyonce.

Layne, whose smoldering looks have turned fans on as much as her debut album Shontelligence, is no stranger to working the big time. This past winter she dueted with Akon for the movie Confessions of a Shopoholic.

The tour dates are as followed: