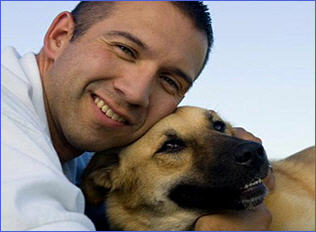 We would like to thank Tactical Public Relations for the following interview. A national story has been brought to our attention regarding a dog who along with two other dogs helped save 50 soldiers in Afghanistan by chasing away a suicide bomber. The heroic pet named Target, was featured on Oprah and had a following of fans across America. This past Monday, Target was accidentally put down at an Animal Shelter in Arizona. We now bring you an interview with Target’s owner Sgt. Terry Young, Mr. Young was one of the 50 men Target saved from the suicide bomber. He gives us a full account in his own words of the tragic event brought to you by Tacticalpr.com

Listen to the Terry Young interview:

6 Replies to “Breaking: Hero Dog Down: Target –who saved 50 soldiers in Afghanistan –Killed in Arizona”