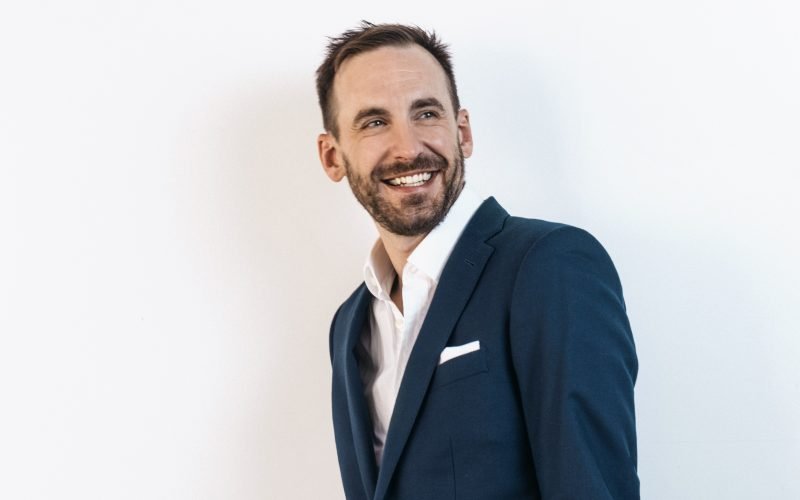 Brad Rutter is one of the winningest game show contestants in history. While competing on Jeopardy, the trivia champion won over five million dollars. The phenom has now teamed up with fellow Jeopardy champions Ken Jennings and Las Vegas’s own James Holzhauer for a new TV show. Thursday nights on ABC nationwide, that show, The Chase, pits contestants against the three Jeopardy champions.

To understand the concept of The Chase, imagine combing Jeopardy, Who Wants to be a Millionaire and Win Ben Stein’s Money. It is Brad’s job to prevent the contestants from winning prize money by outperforming them in trivia challenges.

Looking back on how it began for him on Jeopardy, Brad shared these memories of host Alex Trebek, who passed away last year:

“The thing that always stuck with me was just how much he cared about the show and the actual game and the fact he was always rooting for the contestants. And I think that always came through on TV. I think that’s a big reason why he was so popular. You could tell he took his job really seriously, but yet he still did it with a little twinkle in his eye and he really wanted the contestants to do well.”

Mr. Rutter always had a desire for knowledge and trivia, beginning in childhood. His advice to people who want to be successful contestants on game shows is the following:

“My highest leverage advice is that remember that it’s a TV show. So when you’re at an audition, you are auditioning to be on a TV show. Like, you already took the test for Jeopardy or The Chase or whatever it is, they know that you know enough to be on the show. Now they’re looking for personality and whether you can take direction and a bunch of that stuff.”

The Chase is arguably one of the most challenging game shows in recent memory. Brad agrees that the ABC show is not easy:

“If you’re gonna be taking home six figures, we want to make you earn it. So, if you’ve gone through that gauntlet and beat one of us, I think you can definitely say you deserve it.”

In a world in which our focus tends to be on people with specialized knowledge, we asked Brad about the lack of attention paid to generalists, people who know a lot about a lot of things. This is what he said:

“I’m just usually shocked by seeing references that I would expect most people to get just fly over people’s heads and these are intelligent people that are well educated. So, yeah, maybe that’s just I guess maybe the surface level of what we’re talking about here.”

Are game shows one of the last arenas celebrating general knowledge?

“I would suppose so. I think that’s maybe a big reason why Jeopardy’s been so successful is that people enjoy, for whatever reason seeing people who know a lot of that generalized knowledge. And also, the thing I always hear is that I watch Jeopardy every night, I’d be terrible on the show, but it makes my night when I know that one clue and I’m telling everybody about it the next day.”

Listen to the entire Brad Rutter CYInterview on YouTube:

Watch past episodes and find out more about ABC’s The Chase by clicking here.

Photo credits for this piece go to Diana Ragland.