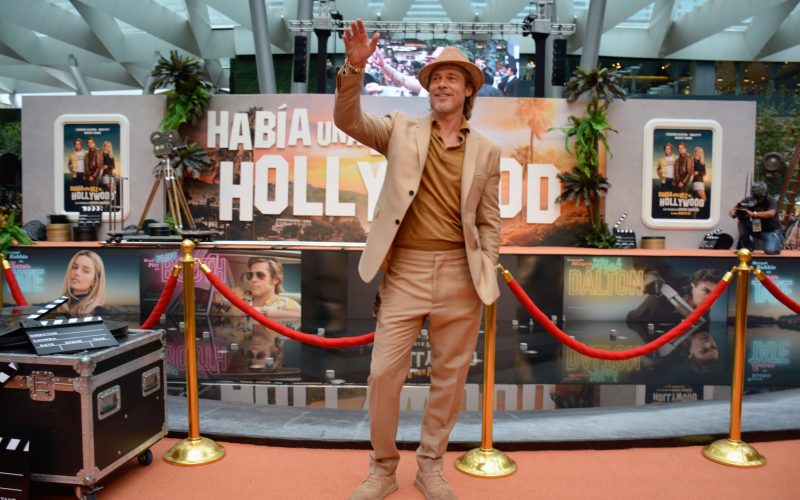 Recently, Brad Pitt continued his participation on the world promotional tour for Once Upon a Time in Hollywood. Appearing in Mexico City, the actor made an appearance for the country’s premiere of the Quentin Tarantino film. So far, the movie has grossed over 105 million dollars domestically.