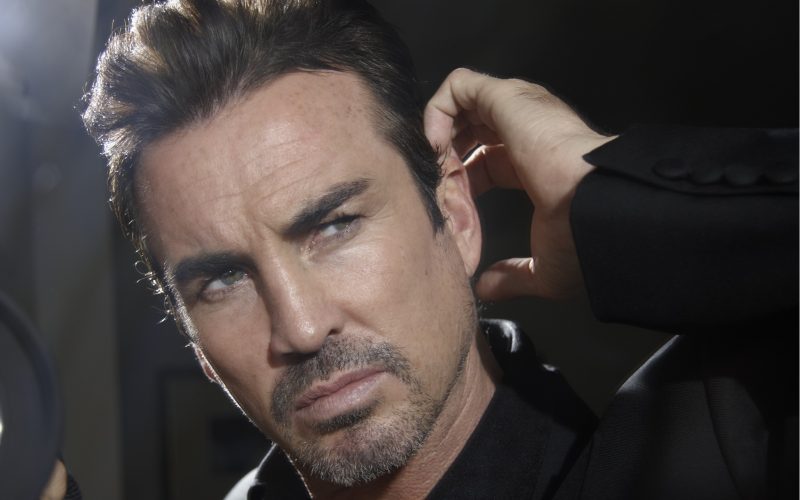 Gary Stretch is a man of many talents. An accomplished boxer, he is a former WBC International Light Middleweight Champion. Arguably, his most prominent fight occurred in 1991 when he fought Chris Eubank in the billed Beauty v The Best contest for the WBO World Middleweight Championship.

If Mr. Stretch’s saga ended there, his life would be remarkable. But he was just getting started. Gary went on to have a career in modeling and acting. His acting work includes roles in the 2004 film Alexander and the 2006 movie World Trade Center.

Now, people will come to know Gary Stretch as a talented filmmaker. Seven years ago, this Renaissance man, hailing from Britain, befriended Ronda Rousey. From 2010 to 2017, he filmed Ronda as she progressed from little known judoka to MMA superstar. He witnessed her sacrifices and climb to glory.

Mr. Stretch crafted the footage of Ronda into a touching love letter of a film titled Through My Father’s Eyes. This is a documentary film that should appeal to MMA fans and non-MMA fans alike. Gary has captured compelling moments in the life of one of MMA’s biggest stars, for all the world to see.

The now producer/director/writer has also been working on another documentary film, Faith, about a variety of boxers and their heartfelt trials and travails. Additionally, on the feature film front, Gary is slated to direct the story of boxer Carlos Palomino.

Gary Stretch’s story is a testament to the grit, determination and creativity of a human being who puts himself out there in life and goes for it.

Reflecting on his boxing career, Gary tells us this:

“With most careers, you just need somebody to believe in you. I had someone as a young boy and that propelled me to keep going and it gets to a point when you start believing in yourself and then your career really starts to flourish and so my background in boxing was simply that. I got pushed into it, but then in the process of it learned trust, respect, discipline and it put my life on a different course and that’s really how I got into the game.”

Well beyond the squared circle, acting and filmmaking have become areas Gary Stretch excels in. Focusing on the filmmaking, his seven years of footage from 2010 to 2017 of Ronda Rousey’s life, going from relative unknown to worldwide mega celebrity, will certainly bring his creativity to a whole new audience. Speaking about Through My Father’s Eyes, the filmmaker tells us about this emotionally resonant project and how he saw something special in Ronda, before the world saw her in a UFC cage.

“People say to me, ’How did you know?’ And to be honest, I didn’t know what was gonna happen. But I thought there was a movie there anyway because if she lost or won or became or didn’t, the commitment this young girl had in my eyes is a movie.”

He tells us that early on in her MMA training, Ronda lived in her car, as she was working towards her dream. Ms. Rousey’s sacrifices are captured in footage spanning seven years. Gary says she has seen the film and this was her reaction:

“She wept. She loved the movie. She only saw a very rough version.”

Gary Stretch’s filmmaking career is something to keep an eye on. Aside from his accomplishments in boxing and entertainment, he is a purveyor of some potent messages about life and who we are as people. For example, he shared this with us:

“We’re very powerful. We just don’t realize it. And people are all looking outwards at the news and the TV and the rubbish that they watch. When you turn inwards, we can do a lot of things we don’t have a clue about. We can do anything if we really want to do it. You just gotta be brave enough to want it and take the step and trust the next one will come.”

You can check out Gary Stretch’s official website at www.spoemedia.com