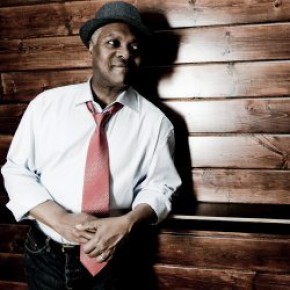 It’s only been a few decades since an artist would have a music ensemble to record their songs. Today, an artist will step in a studio with a music engineer and they can put all the sounds together. It’s something new for Booker T Jones.

He is best known for his group Booker T. & The M.G.’S which brought something new to the music game in the 1960s. It was 1962 and a youthful Jones only 17 at the time put together his first hit Green Onions alongside guitarist Steve Cropper, bass player Lewie Steinberg and drummer Al Jackson, Jr. It still remains a classic today.

Jones would end up going to Indiana University to study music composition and head back to Memphis on the weekend to play with The M.G.’S. The group would go on to record numerous tracks, but few reached the charts. None would ever be as successful as Green Onions.

Musical acts including John Lennon of The Beatles were influenced by what music the group was putting out through its numerous albums. In 1992, the group was acknowledged for their contributions to music history with an induction into the Rock & Roll Hall of Fame. Then in 2007, Jones received a Grammy Lifetime Achievement Award for all of his contributions. It was a moment he didn’t expect.

This year Jones is back with his latest album Potato Hole. It’s a compilation of instrumental music. He says that the music has never left him even though this is his first solo album in decades.

Chris Yandek: You’ve been around the industry for almost 50 years. Now you look back to the 1960s, did you think you’d still be doing this today?

Booker T Jones: “No. I prepared myself to be a music teacher and I was so fortunate to be doing that all this time.”

CY: You look back on all the performances, all the industry people you had a chance to work with and all the music you put out with this new album. Is there anything you ever wish you would’ve done differently?

BTJ: “You know, the progression has been really good and I’ve arrived at a good place. I think it’s just good fortune. All the lessons I took. All the papers I threw to pay for them when I was 13 years old, 12 years old. The whole thing has been a really great ride to tell you the truth.”

CY: Now looking at the album, it features a collection of some of the most entertaining musical instrumental music I’ve heard in a while. What made you want to get back in the studio?

BTJ: “I have actually never left the studio mentally. I’ve always been a composer as far as I can remember back. I’ve had new melodies going through my head and it’s always been the challenge to try to remember it from wherever I was to get back to the studio and try and record it for myself at home here or in a professional studio.”

CY: But now when you look at the industry and how it’s changed and how the music comes together, is there anything different of all the technological advances? Is it different for you when you step into a studio and how the music is performed? What is that like for you?

BTJ: “It’s very different. I remember my first Hollywood session was with Bobby Darin and I walked into a room with probably 30 or 40 people. The horns were there. The background singers were there. Bobby was there, the piano player, drums, two guitars, base and myself. I was on organ and we did everything all at the same time. One…two….three turn the music on and go. Now you might walk into a recording studio and there will be one person there who could possibly do everything on the whole record.”

CY: You grew up in an industry where you had to have the bonafide talent and you had to be able to play the instruments besides perform on top of it. You look at the talent today, there are many performers but they don’t know either how to play the instruments or they don’t understand all the music aspects. Has the image aspect in some ways killed the music industry or the music itself?

BTJ: “In some ways yes. I watch someone like John Mayer walk on stage who is an accomplished musician and then I turn on my computer and I find all sorts of little buttons I can push to make almost complete songs. (Laughs) They both exist. You have Stevie Wonder there who’s self taught and then you have people who’ve studied for years to get to that level. I do think maybe that there are a lot of shortcuts being taken. I certainly didn’t get to take any. I had to go to Indiana University to learn how to write music and how to compose for orchestra.”

CY: Have we lost the sound because in your era the music was all about the sound? It was all how about it came through. Somebody liked or somebody disliked it. It wasn’t like an in between feeling.

BTJ: “Well, there are movements and efforts to get the sound back. I know for the first time I’m printing vinyl records again after all these years and they’re selling. People are asking for vinyl. Then there’s movements inside the industry to record the old way. Bands are recording all at once now. I think it’s moving backwards a little bit towards the old organic ways of doing things.”

CY: Looking back on it, what do you think Booker T. & The M.G.’S contributed to the music industry?

BTJ: “Fortunately, Booker T. & The M.G.’S was an original. Somehow we came up with something no one else was doing. We crossed blues and rock back in the early 60s and became our own hybrid. We did it in Memphis, Tennessee which was also a crossroads and that was fortunate. We had some of the best musicians available too so we were able to put ourselves on the map. It was a fortunate contribution.”

CY: So what will the legacy of The M.G.’S be at the end of the day?

BTJ: “I think we left a memorable style that hadn’t existed before. The style of simplistic soul that no one has heard before.”

CY: So when you look at the young talents today, is there anyone in particular where you say, “Wow! They’re really on the ball and they really understand the music talent and they’re just not a performer.”

CY: What did it mean to you to get honored with a lifetime Grammy a few years ago?

BTJ: “That was gratifying. I never thought I would get such an award. It sort of validated everything that I’ve been trying to do and just it made me feel that I made a contribution.”

BTJ: “That was a complete surprise. I had not thought of my music at that point of being rock music, but that was a huge honor also going to New York and getting that award. That was amazing.”

CY: You’re a noted baseball fan and more specifically a San Francisco Giants fan. Looking at all the recent players of recent years that have been caught with performance enhancing drugs, does it disappoint you when you look back at the players of the 60s and even the 70s and the 80s who were by all accounts pure athletes? Does it disappoint you?

BTJ: “Well, I think it’s a situation where we have to let some compassion come in and we have to realize the huge amount of pressure these players are under every day and the fact that it’s so easy to let reason and objectivity go when you’re on top when you got reporters snapping your picture every day for weeks and you have to outdo the best every time. People are just human and I think it’s a human frailty both in sports and entertainment. It’s just really hard to uphold that standard. I just think it’s a matter of looking at it with some compassion actually.”

CY: So looking back at this album, what do you hope the society, the world takes away from it? It’s unbelievable.

BTJ: “Instrumental music has gone away for a while. A lot of people like to have music that has lyric content. I like to try to get lyrical ideas over through the instrument by suggesting words when I play. It’s just been something I’ve always tried to do.”

CY: When it’s all said and done, what do you want your legacy to be?

BTJ: “I would hope that I was able to take people away from some of their daily distractions and troubles with the music and take them to the place where I am at the time I was doing the writing or the playing or the composing to a good place.”