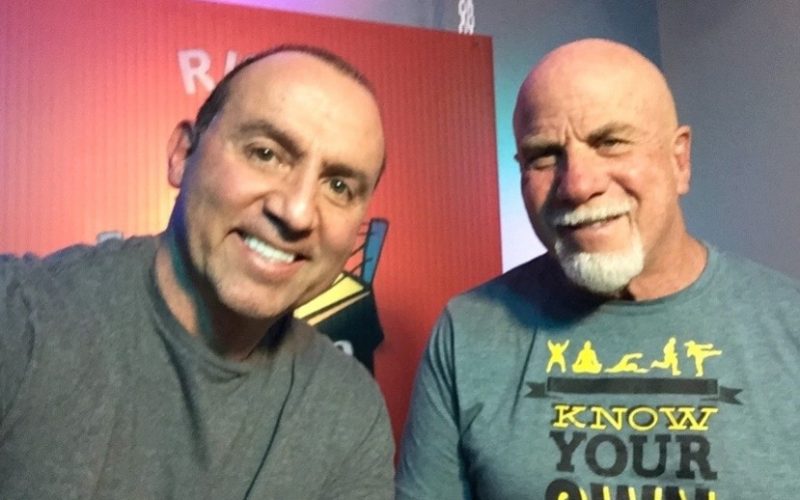 One of Ric Drasin’s most frequent guests was bodybuilding champion, author and personal trainer Doug Brignole. Mr. Brignole’s contributions to bodybuilding include assiduously working to eliminate some of the myths about resistance training, by sharing information based on his research and investigation about how our body’s musculoskeletal system is built to optimally operate. In fact, he has written book about it titled The Physics of Resistance Exercise.

Doug appeared on Ric’s show at least 30 times. Speaking of his memories of his friend and our friend Ric Drasin, Doug Brignole shared this:

“He’s a remarkable person. You’re gonna have a hard time finding anyone who had done so much in a lifetime. I mean, to be a bodybuilder, and a professional wrestler, and an actor and on commercials, and an online host and an excellent host by the way, and as a graphic artist, he drew the Gold’s Gym logo and a lot of other logos. He did his own, you know, video editing. So, you know, he was a guitarist, musician, I mean, hard to find anyone who’s done so many different things. You know, father, husband, friend. I mean, he had a lot of labels. He did a lot of things.”

Doug was one of Ric Drasin’s most frequent guests on his YouTube show Ric’s Corner. On what it was like to be on the show, Doug said this:

“I think a lot of people use to get on his show and expect to be asked questions, expect to be interviewed. And, I never did that with Ric. We bantered. That was the beauty of how we and that’s why people enjoyed watching us together because it was like we were co-hosts. You know, I wasn’t just sitting there waiting for him to ask questions. I was asking him questions, I was joking with him and rolling with the punches and throwing a few of my own and it was a lot of fun.”

Doug revealed to us that he may continue Ric’s Corner, in honor of the late Mr. Drasin:

Featured columnist Jay Bildstein joins us for this segment and discusses a variety of bodybuilding topics with Doug Brignole as well.

Listen to the entire Doug Brignole CYInterview on YouTube: