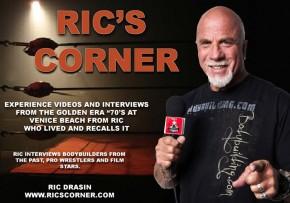 We have spent a good deal of time on CYInterview focusing on the financial condition of the United States of America. We have spoken with people in Congress [Congresswoman Kathy Hochul and Congressman Walter B. Jones], presidential candidates [Herman Cain and Michele Bachmann], a former Governor [Jesse Ventura], a former multi-term U.S. Senator [Upcoming CYInterview with Arlen Specter], the former U.S. Comptroller General [David Walker], [Open Letter to David Walker], as well as authors, experts, etc.

Some people live their lives by design. That design has, as its foundation, a philosophy upon which it is based – something that gives their lives particular meaning. Other people live their lives by default. They have a philosophy which says, “What will be, will be; it’s out of my hands; it’s up to fate, etc.” Or they do not even bother to consider their nature, the nature of the universe, their place in it and what they should or shouldn’t be doing.

Let’s face it. While there are people who live purposefully, there are many individuals who have never defined their lives’ purpose. They live by default. Their philosophy is not bothering to have a philosophy.

The way we approach life indicates the type of philosophy of living we have or do not have. What does this have to do with the financial state of the United States of America? Plenty actually. We human beings often divide knowledge into arbitrary categories, so that we may understand things more readily. Fine. Yet, if we become overspecialized, and consequently forego a generalship of life, our knowledge base falls under the weight of contextual lack.

Are your eyes glazing over? Are you bored? Hey, you might be. In a world of fragmented text messages, reliance on email when a phone call would be better and a mainstream media largely driven by cycles of scandal – which is the triumph of the superficial – instead of paying attention to what is ailing society – which would be a triumph of substance – our attention span has become so diminished that once something calls for some thought off lots of us go to something requiring less mental candlepower. Not better. Just less work.

So, if you are not bored, or do not feel the need to go read a nine word message about nail clipping, bear with me.

The finances of the United States of America have come undone for the same reason society is subsumed by an obesity epidemic and the diseases and disabilities that go with it. In a word, overconsumption. We have been blessed by bounty for so long, that we have forgotten to consume cautiously. Instead, we think that all the good things the nation has enjoyed over time are owed to us. A review of nature tells us otherwise.

If we overeat, we get fat.
If we overspend, we go broke.
If we believe that we are entitled to our dreams, absent working to make them come true, we are emotionally underfunded.

Because, as a nation, we have under-saved, over-borrowed, over-consumed, over-eaten and under-exercised, we are now facing a constellation of infirmities – fiscal and physical – threatening us individually and collectively.

It is time to get our house in order. It is time for solutions. It is time for discipline. And discipline – which is nothing more than focusing on a goal and working toward it with positive energy – does not call for being unhappy or trudging through life on a treadmill of grim determination. On the contrary, disciplining ourselves to focus, especially on what ails us, will return us to health; the health of our bodies, our balance sheets, our minds and our spirits.

Accordingly, we have brought Ric Drasin back to CYInterview. Ric has been with us before, discussing his exploits in the original Gold’s Gym, as a workout partner of Arnold Schwarzenegger, as a golden age bodybuilder, professional wrestler and actor, among other things. [See Here] and [See Here]

Considering that a major area the United States will have to focus on to effectively control its financial future is healthcare – encompassing such programs as Medicare and Medicaid, which present the nation with titanic unfunded liabilities – it makes sense to look at ways to improve our health and diminish a burden partly caused by preventable disease. Doing this calls for converting a system of sick care into a system that teaches us how to stay healthy.

Collectively adopting good diet, exercise and rest patterns, I believe, can go a long way to relieving the strain on our current system. What is the true toll of overeating and under-exercising in dollars? What is the cost of bad personal health habits, moneywise and otherwise? Isn’t it time for a change? And yes, some people will find a call to individual responsibility and a change of habits to be a quixotic undertaking. Poor them!

Ric was kind enough, in this over 20 minute CYInterview, to discuss the good word about diet and exercise. What makes Mr. Drasin a compelling speaker, is that at almost 68 years old, he continues to maintain a dynamic personality and physique – after more than 5000 professional wrestling matches. Perhaps, it is his diet and exercise routine that has kept him going where many others are now but shells of their former selves.

Does Ric, whose YouTube based program, Ric’s Corner – covering the golden age of bodybuilding, as well as related topics – come off preachy when talking about working out? Not at all. He is a down-to-earth, good guy, who speaks from experience. His CYInterview makes for a good listen.

Maybe if we all started taking better care of ourselves, we could alleviate a goodly portion of the strain which our healthcare system is under. Better health means less money spent on being sick. That makes us physically and financially better off.

Looking at life as a whole, rather than breaking it down into pieces without context, might help us relieve many of the ills society is facing. Life is a series of interconnected processes. It is time we realized those connections once more.

You can find out everything about Ric Drasin and Ric’s Corner at his official website at http://www.ricdrasin.com

One Reply to “Bodybuilder, Pro Wrestler, Fitness Buff Ric Drasin, Joins Us for a Candid Discussion on America’s Health and How Diet and Exercise Might Alleviate Some of Our Nation’s Financial Burdens.”