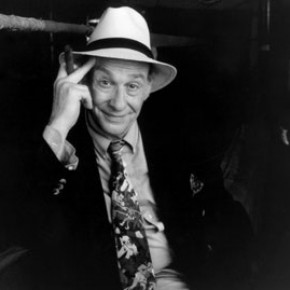 He has covered boxing for almost 40 years and is one of boxing’s longtime historians. Bert Sugar has written dozens of books on the sport he loves, but also has appeared in numerous movies and documentaries on the sport. Bert has a reporting role in Rocky Balboa and two features on the new Rocky Collectors Edition DVD set which celebrates the movie 30 years later.

Listen to the Bert Sugar CYInterview:

Bert Sugar: “Well, first off, we both like and cared for both what the movie and Sylvester Stallone had done to bring attention to boxing. Lou and I are sort of counter glass giggly type of people. We were giving different takes on it. That became a lot of fun and obviously it worked because they included it in the package for the collectors’ edition. It’s just us having fun with what we consider to be an excellent movie. Whether it was Ivan Drago or how did Sylvester Stallone know when he made that movie he was foretelling the future of boxing where four heavyweight champions come from the former Soviet Republic. We just had giggles and it really worked, and the package worked, and we were just pleased to be part of it. In fact it worked so well that they put me in the new Rocky Balboa movie. I think I am up for at least supporting actor, but I have a part in that. It’s been a nice marriage. A nice twosome.”

CY: Are you amazed it’s been 30 years since the first movie came out?

BS: “Well, at my age Chris, I am not amazed at anything that happens 30 years ago. I am amazed this franchise has had such enduring staying power and that it has continued to captivate so many of the general public because it is one of the great franchises in movie history.”

CY: What was it like working with legendary boxing trainer Lou Duva for the alternate movie commentary?

BS: “Well, he’s always been fun for me. I have known him for an X amount of years which I won’t admit to. We were both just having a good time watching the movie and making the commentary on it, several sections and several movies. It really was a lot of fun because it was made so by the MGM people and it worked and I think the whole package worked.”

CY: There is also an interview with you on the DVD and you say in the piece that the Rocky movie really helped the sport of boxing overall. Why do you think it did?

BS: “Well, when it first came out in 1976, it and one other incident propelled boxing to a greater height, and that was the Olympics of 1976 when we had five American gold winners lead by Sugar Ray Leonard and the two Sprinks brothers. It is interesting to note that the Rocky movie came out the same week as the Muhammad Ali Ken Norton fight, and between those elements, boxing now I think lifted itself to a greater height. It was on more TV sets because of Wide World of Sports-everybody was picking it up. I think the Rocky movie, the first one, really helped the sport a lot.”

CY: You have a reporting role in the new Rocky Balboa movie. What was it like to work with Stallone on camera and what did you think of the movie from the time you were on set?

BS: “Well, I don’t know and I suspect you know, but maybe the listeners don’t, what it’s like to be in a movie. You are in a part of the movie and you have no idea at that moment even because you’ve been given a part of the script what the movie is about. You know what your section is about, but you don’t know the whole story. It took a long time for me to finally see the final cut to know where it went. We knew what we were doing, but we didn’t know. We were section C, but we didn’t know what B and D were connected to, but when I saw the entire film it worked. It was fun to do it, not only to work in one segment with Stallone and Burt Young and others, but also to do my own shtick on what was happening and what we looked forward to happening in the film.”

CY: What’s it been like to see the sport of boxing change over almost 40 years?

BS: “Well, it’s gone through many changes. First of all, it’s gone from network TV to cable and pay perview TV. Secondarily, there has been a proliferation of the weight divisions and a number of these soup sanctioning bodies, but I think one of the biggest things is that boxing used to be one of the three major sports in this country along with baseball and horse racing. Now with new sports coming along like Nascar and others, it really isn’t in the top five or six. It has been pushed to the back of the sport’s bus.”

CY: Has the lack of star power hurt the industry?

CY: What are some of the best fights you have seen over your long career as a boxing journalist?

BS: “Well, I will start with one I was at ringside for and that was Marvelous Marvin Haggler and Tommy Hearns, but I have seen so many of them, George Foreman and Ron Ryle. Chris, I must confess to this, as old as I am, as a little kid I sat in front of a radio set listening to Joe Louis and Billy Conn. Anybody that knows what it was like to be a radio child of that generation, you saw things on the radio because you imagine them on the radio. I am gonna tell you one of those best fights I ever saw was Joe Louis Billy Conn 1941 because I saw it on the radio.”

CY: Has some of the mixed martial arts companies like the UFC or Pride taken away some of the boxing public or fans?

BS: “I don’t think so. It’s a different discipline. I really don’t think so. Any type of boxing fan which is Latino it certainly hasn’t. Someone from one of those martial arts groups admitted to me the other day that what they are really getting is a totally different audience. This might be the grown up audience of the WWF now WWE of a generation ago where cartoon violence has been replaced with real violence. That’s what they are getting.”

CY: You uncle was the great Red Aurebach who just recently passed away. What do you remember most about him and do you have a Red story you could tell?

BS: “He was a wonderful person. A grand uncle of mine. I will give you this one funny story that he told. When they tore down the Boston Garden and they moved to the Fleet Center they auctioned off everything from the parkay floors to the benches to everything. One of the things they auctioned off was the celebratory cigars. He always lit one up when the Celtics won which was very frequently. It went for $500 and read said, ‘You know that wasn’t even my brand.’ Someone else had just thrown a cigar away and they auction it off for $500.”

CY: Since you have seen Rocky Balboa, do you think Stallone pulled it off?

BS: “Yes. Against everybody’s thought process, it makes sense, it’s a good plot line, and he looks great. When people say he is 60 and he is making a Rocky movie, my answer to that is Harrison Ford is 64 years old and he is making another Indiana Jones movie.”

CY: Finally, what was the best cigar you ever smoked?

BS: “A cohiba. A cohiba far and away, Romeo y Julieta, but then again they are Cubans. You can’t get them. People now accuse me including my bride of smoking what you call a Lawrence Welk. It’s a piece of crap with a band around it.”

Bert Sugar has an alternate commentary with legendary boxing trainer Lou Duva and an interview on the two disc movie DVD set titled Rocky The Collector’s Edition. You can find more information and purchase a copy at the following link:
http://www.mgm.com/title_title.do?title_star=ROCKY-CE.

Bert Sugar has a supporting actor role in Rocky Balboa out on December 20, 2006. You can find more information about the movie at www.rocky.com