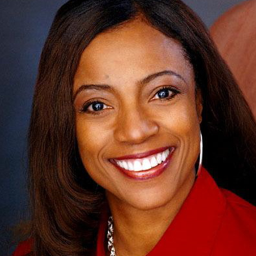 BernNadette Stanis was the it girl of the 1970s. Before there was Beyonce, Rihanna, and even Shontelle, the character Thelma showed her style on the 1970s television hit Good Times. Her unique style and beauty contributed much influence for future generations of black women. Today at 55, Ms. Stanis has written numerous books, is campaigning to do Dancing with the Stars, and talking to her fans for a small fee. She is one of the best examples of a child star that is doing well in her adult years. Her beauty hasn’t faded either.

Chris Yandek: What’s going on in your life today?

BernNadette Stanis: “Oh so many wonderful things. Of course you know I’ve written a book called Situations 101: Relationships. The Good, The Bad, And The Ugly. That’s been taking me across the country. I’ve been doing a lot of book signings and tours and things like that. So I’ve been busy doing that.”

CY: And what else? What else has been going on?

BS: “And of course I am still writing. I am working on some scripts. Some things like that so you guys can see me back on television and the movies. I think that’s a lot of work. (Laughs.)”

CY: Speaking about the book, what have you learned about relationships as someone who probably had a lot crushes and fans going back to the 1970s being somebody who probably a lot of people fantasized about?

CY: Does it surprise you over 30 years later that people still remember you where they hook up with you through MySpace.com, through your other website, and just remember the things you did?

BS: “Yes. I am. I call it a blessing because nobody would ever imagine that when we first started the show in the 70s that it would be going on as strong now today in 2008. It’s amazing because I have fans. Three generations deep now. I have the grandparent, the parent, and the child. It’s like oh my gosh! They all love me. They are just excited when they see me and they want to take pictures. That is so unique.”

CY: With where we are right now in this country, what do you think Good Times contributed to the social progress we’ve made coming close to 30 years later?

BS: “Well, you know what it did do? It kind of unified people back in the 70s. It kind of unified all nationalities of people because a lot of people had no concept of what a black family in America period would be doing, especially a poor family or one that’s trying to make it in the country. It gave a little birds-eye view of some our emotions, our feelings, some of the things we go through socially. A lot of people have written me on my MySpace, on my website, and they let me know that they learned a lot about black people or black family life through Good Times. They also found out that a black girl in the ghetto is a good thing also. It’s not stereotypically a bad thing. Good Times opened the door for a lot of different things.”

CY: What do you think your character Thelma contributed to pop culture and society?

BS: “Well, I think the character contributed a lot of things because a lot of my influences were put into that character, the tight jeans for instance. They way they’re wearing the tight jeans. Thelma first wore those. How that happened was because myself being a dancer, I couldn’t tolerate baggy jeans or loose jeans or anything. I like tight fitted clothes. I would have the wardrobe mistress Adella Farmer – I would have her sew up the clothes almost as if they were glued to me and take out all the pockets so I would have no bulges. I think Thelma contributed the tight jean thing. Also the hairstyles, I mean she came up with a whole lot of hairstyles. I wore all kinds of hairstyles and I see kids wearing them today and they say the Thelma look or when I use to wear the bows. She did a lot.”

CY: It just seems you’re in a good place. There are just so many sad stories of child TV actors whether it be Gary Coleman or Maureen Mccormick from The Brady Bunch, but it seems your life has turned out so well or good enough at least. What was it for you that kept you on this humble, happy to be here, this is great, one day at a time attitude?

BS: “Well, thank you very much to that. I contribute it a lot to my parents. They were grounded people and they had five children and they grounded all of us. But my father always said if you have determination you can always make it and never take anything for granted. When I got the show I never took anything for granted. I look at it as if it was a part of what I had to do, like it was my job to do. If we did any job you still have to be grounded. I never looked at that I am a star or I can do this. I stayed grounded because to me it was a job. I was very fortunate to have gotten that job. Everything that I do, I do with that in mind. I am very grateful. I am very happy I was chosen. I always want to give because I always believe in giving you get. It’s when you don’t give and you hold on or you become selfish that your life gets stagnant.”

CY: Many child actors after they finish their television shows there is doubt and insecurities about what they’re going to do with the rest of their life. Did any of that happen for you?

BS: “Well, you know it was different for a minute. I wanted to stop for a while and take a little breath and just live. I also realized that times change, things change, demands change, and people’s wants change. For a while that Thelma character – she was there. She did her thing. Then it changed. Things were changing. Therefore I watched the trend, did a lot of plays, moved in that area. I also started tapping into my other talents. And I said I know I have more talents. What can I do? And I started to write and write poetry and give of myself that way. I do believe that when one thing stops, there is another thing you have to do.”

BS: “I am glad you asked me that because Dancing with the Stars is one of the shows that I would love to be on. I’ve actually tried to be on that show, and I can’t seem to connect with the people to get me on that show. If there is any way anyone can help me get on that show…that show I want to get on.”

CY: I’ve never seen another celebrity do this and it’s very cool of you. You’re giving the fans a chance to a pay a little money whether it’s $13 or $30 to have a conversation with you. How did you come up with this idea? I’ve never seen anything like this.

BS: “Thank you! A lot of times people would call me up and they wanted me to speak to their family members or friends and their friend was so happy to speak to me. They would say oh my gosh! I don’t think I’ve ever had the opportunity to talk to a celebrity, to speak to a star and I am so happy. That kind of stuck with me because I would hear that all the time. I said you know what? I wonder if it is possible that I could do something to give my fans an opportunity to actually speak with me and I came up with that. If they just wanted to say hi, $13 would be fine. If they just wanted to talk for about a half hour, $30 would be fine.”

CY: I just can’t imagine many celebrities doing this and opening up their lives and just talking with anybody. Have you had any weird experiences or has it pretty much been positive?

BS: “All positive, except you may get a few people that they’re not used to talking someone. Well, they’re not. They’ll talk about their jobs and some things I don’t know very much about like law enforcement. One man wanted me to call him. I called him. He was a police officer and he was telling me all about his travels. I was like very interesting. I learned a lot, but I couldn’t really contribute to him very much because I didn’t know. If someone calls and they’re a funeral home director – to a mortician would call me wanting to call. I called them and they’ll talk and I asked them the question tell me something about what it is like to work in the funeral homes and they would explain the little things and the little details and oh my God, so I am educated. I am educated. It’s like I am learning stuff. I enjoy everything. All of it. I’ve never had any weird people call me, hurt me, or say bad things. They never did that.”

CY: Many will say with the way the access of celebrity is today, many people wonder with the additions of MySpace and all these other ways we’re able to access celebrities. Does the value of celebrity go down by giving yourself more access to the general public?

BS: “Oh no. I really don’t. Years ago our fans couldn’t reach us. They would only reach us through mail hoping to get a picture, fan mail. They would be so happy when they received their fan mail. Even today when my fans email me it takes me a long time to answer them. If I answer a few a day, few at a time, eventually they’ll get their email back. They always email again and say they are so excited and they never though they were gonna get it and they finally got it. It makes them happy. I just want to share and make my fans happy. I love to spoil my fans. I am a spoiler. I spoil my children and my daughter is standing here laughing right now cause she knows I do. I spoil my children. I spoil my mom. I spoil my fans. I spoil my friends, but in a good way. I don’t spoil them in a bad way. I give of myself to them. I love that. I love when they appreciate me doing that and I am all for doing that. That’s the kind of person I am.”

CY: Finally, what are some things you’d still like to do in this life?

BS: “I really would like to do another series. I just want to do that again this time in my life because I just think that would be a great thing for me right now.”

BS: “Yeah. Maybe a mom role or a not role or a friend or something. That would be fine. I’d like to do that. I’d also like to get all of my paintings out. I also am a painter. Those are the things I’d like to do.”

You can find more information about BernNadette Stanis at www.thelmaofgoodtimes.com

You can order a phone conversation with Ms. Stanis at her official MySpace page: http://www.myspace.com/thelmaofgoodtimes