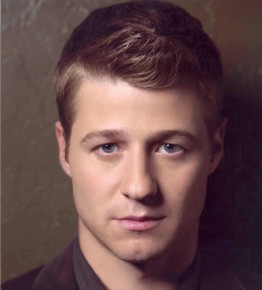 From 2003 to 2007, for many teens and twenty-something’s who watched the California based TV show The O.C., actor Benjamin McKenzie was bigger than life. The show developed the same kind of following Beverly Hills 90210 had years earlier. Benjamin was one of America’s hottest twenty-something actors. He was featured and talked about everywhere, especially for his on screen on-again-off-again relationship with actress Mischa Barton.

Today, Mr. McKenzie has moved on to other things, including his role in the television police drama Southland. In this CYInterview, you will hear how his life has changed since The O.C., how he dealt with fame and what he believes all aspiring actors should experience before trying to make the dream, happen among other topics.

In his role as a cop on the TNT show Southland, Benjamin enjoys the fact that the show is filmed on location all across Los Angeles and not on a set. He says the whole experience has given him a new perspective of the LAPD:

“It’s really gratifying and it’s gotten me more in touch with my own city…Things from an earlier generation of the LAPD, they really aren’t reflective of the current LAPD as I’ve experienced it. We have a lot of interaction with members of the LAPD because on our show any cops who are in the background kind of walking through the scene, those are real cops off duty. So we’ve had the chance to interact with a lot of them. I had a chance to go on ride-alongs with a lot of them all over the city and see them as they’re actually doing their job.

And the vast majority of these men and women are good, hardworking men and women trying to patrol what’s arguably the hardest city in the country to patrol. And so the negative stereotypes that I think have traditionally come along with the LAPD in the 80s and 90s are really outdated. And so I have a very positive and somewhat in awe of what they do. I’m somewhat in awe of the fact that they can get out and do this hard job day in and day out and keep it altogether. So I would say my opinion of them is completely switched in the past four years while working on the show.”

There are some actors who are never able to stop being known for one role in their career. For the 33 year old actor, he admits there was a sense of relief that the role of Ryan Atwood, on The O.C., ended.

“When it ran its course, I think there was certainly a sense of sadness that I wasn’t going to be able to work with the same people again, but there was also a sense of, I hate to say it, but a little bit of a sense of relief that I wasn’t going to be put in that category for the rest of my life. You know, if you do a show like that for 10 years and that’s really all people know about you, you are sort of forever that person and that’s just not ever the career that I wanted for myself. I wanted to be able to do a variety of different roles and be known for a variety of different things to the extent that I even was known. I guess I wasn’t ever planning on being in the public eye the way The O.C. you know made all of us.”

McKenzie explained why fame and celebrity were tough for him to deal with at first:

“I think almost any, you know, non-psychotic person would be slightly uncomfortable with fame in the sense that, it’s not that it doesn’t have very, very nice parts to it and believe me, I’m not complaining at all, I think it’s an incredible blessing to have people be able to see your work and understand, oh, that’s the guy that I saw did this thing. And even though I never met him, I’m a fan of what he does. But at the same time, it’s a little odd, take it from the other side to interact with people who you don’t necessarily know and they know you or they think they know you from your work. So it has a weird, it’s weirdly uneven in that way and I think it took me a few years on The O.C. to kind of wrap my head around it, but now I’m good. Now I’m just a normal, average, every day guy who sometimes acts on a TV show and that’s a-okay by me.”

In college McKenzie majored in economics and foreign affairs at the University of Virginia. Ben believes that any aspiring actor should go to college and major in something apart from acting. He admits, that in his case, doing that gave him an entirely different perspective about being in the acting world. He thinks actors who have spent their life only in that art, don’t have a full understanding of the world. McKenzie also believes his humble beginnings really helped him before he made it big.

“I think they have as opposed to, for example, many actors or at least quite a few have started off their careers as kids being actors and so really all they know professionally is being an actor and I do think that kind of skews your world view. It doesn’t mean some of them aren’t perfectly lovely people with good heads on their shoulders and things like that, but I think getting an education helps. I would encourage any young person who’s considering being an actor go to college first and to get a degree in something else and I also think living in the real world and you know, waiting tables like I did after college before I ever got a break acting wise and doing things like that also sort of remind you of how blessed you are as an actor to get any kind of recognition to be able to make a living at it all.

It’s an incredible blessing. It’s exceedingly rare you know, probably 1 in 1000 actors is actually able to make a living year in and year out through acting. So I think all of those things are important. I’m very grateful to my parents for you know, sending me to college and letting me have that experience because I think it’s allowed me to see that if this were all to end tomorrow, that would be fine. I could go off and I could do something else.”

I asked Ben what he would like people to know about him that they don’t, as well as what his hopes for the future are:

“I’m a private guy so I want them to know as little about me as they can. At the same time, I want them to watch you know, the things that I do in order to be able continue to do them. So I guess it’s a bit of, I’m a bit of a hypocrite in that way. I guess I’d like them to know I’m actually quite a normal, shy, reserved guy who happens to do a very public thing with the acting and if they can wrap their brains around it then they should trust me and believe me when I say that that’s true. My hopes for the future are simply to, I hope that the world can come together more and agree on more things and disagree on fewer things and I would love for the United States to play a role in that. I think we will. But I hope for more peace and harmony and less bloodshed and turmoil.”

Being a Dallas Cowboys fan, McKenzie will be pulling for the New England Patriots in the upcoming big pro football game:

“I think I’m gonna have to go with the Pats. I can’t pull for the Giants being a Cowboys fan. Sorry. Pats it is.”

You can catch Benjamin McKenzie in Southland Tuesdays on TNT at 10:00 PM EST. You can find more information here.