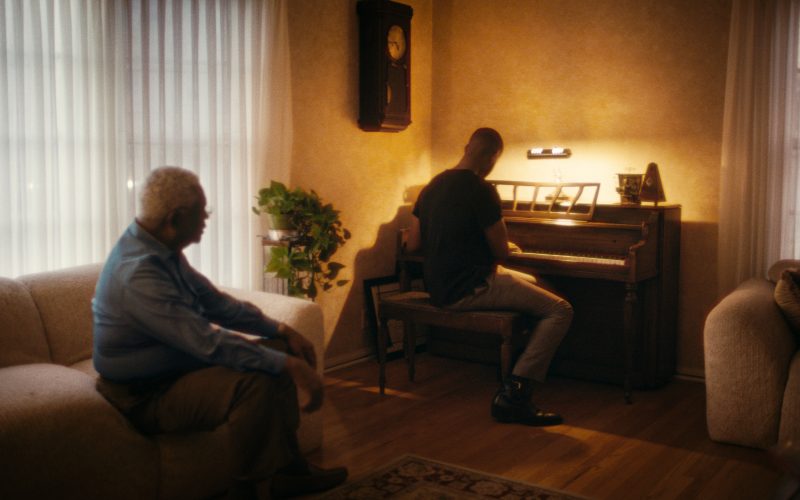 At the 91st Academy Awards, in 2019, the movie Green Book won Best Picture. The musician who wrote the score for that film was Kris Bowers. Today, Mr. Bowers is one of America’s rising stars as a composer. He has worked on scores for a variety of film, TV series and video games.

For this year’s Oscars, taking place on April 25th, Kris is being recognized in a different category. Along with co-director Ben Proudfoot, the two produced a 13-minute film, A Concerto is a Conversation. The two men have been nominated for an Academy Award in the Best Documentary Short Subject category. The picture is about Kris’s 91-year-old grandfather Horace Bowers Sr.

The film focuses on his grandfather leaving the South, in the 1940s, because of racial inequality. Mr. Bowers hitchhiked across the country from Bascom, Florida to Los Angeles, California where he found a job cleaning clothes. A few years later, he would become the owner of his own dry cleaning business.

Kris Bowers’s grandfather speaks with him in this documentary short, laying out his efforts to make a better life for himself and his family. The composer learns about the hard work, dedication and sacrifices his grandfather made so that his parents and he could have a better life. From an early age, Kris had the opportunity to pursue his musical ambitions.

Today on South Central Ave in Los Angeles, a retail block pays tribute to Horace and his family. It is called the Bowers Retail Square. The dry-cleaning business that Horace Bowers Sr. owns is also located there. It is called Bowers and Sons Cleaners.

Recently, co-director Ben Proudfoot joined us to talk about the documentary. He told us what he wanted viewers to take away from A Concerto is a Conversation telling CYInterview:

“I don’t think Horace ever thought that his sacrifices would be recognized on this scale with an Oscar nomination with hundreds of thousands of people watching his story. We wanted to just shed light on the sacrifices that he made, that made Kris’s career possible today.”

On what it would mean to win the Academy Award for Best Documentary Short, Mr. Proudfoot shared this:

To learn more about the Oscar nominated A Concerto is a Conversation, you can listen to the entire CYInterview with Ben Proudfoot below:

Listen to the entire Ben Proudfoot CYInterview on YouTube:

You can watch A Concerto is a Conversation and all the other nominated Oscar short films by clicking here.

You can learn more about Ben Proudfoot and his film company Breakwater Studios by clicking here.