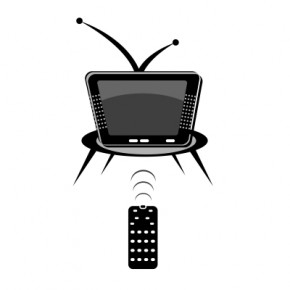 Yesterday, while taking a break from reading about the debt ceiling – I did a lot of reading and am still wondering what is going on – I read reports that Charlie Sheen has made a deal to appear in a television series based on the movie, Anger Management.

Entertainment-wise, this is good news. Two and a Half Men is one of a small number of television sitcoms I watch. The show has always meant some easy escapism for me. In fact, it and The Big Bang Theory, had been fulfilling the role that Seinfeld and Friends had been some 14 or so years ago. Wow, time flies is not just some cliché.

Anyway, I think Men and Seinfeld are similar shows. Both were based around a central character; Charlie Sheen and Jerry Seinfeld respectively, who, in large measure, are said to have played themselves. Both were surrounded by a superb cast of comedic actors. As much as I enjoy Two and a Half Men, however, I would have to rate Seinfeld beyond it.

Seinfeld was New York neuroticism at its finest. Men was more the California hedonistic ideal. Neurotics are more interesting than hedonists, though Jon Cryer as Alan, Charlie’s brother, has just enough quirks to be a friend of Kramer. I could see them doing a coffee table book on chiropractic together.

Friends and Theory? The Big Bang Theory is Friends if they all had 160, and above, IQs and were neurotic scientist types. Theory is science nerd neurotics at their socially challenged best (or worst depending how you look at it) and is far more hilarious than Friends ever was. Friends was an easy chuckle, a good show to kick back with. Theory makes me laugh out loud.

Chuck Lorre is the executive producer/creator of both Two and a Half Men and The Big Bang Theory. Unless you spent the first half of 2011 in a safe house in Pakistan, you know that some sort of falling out was reported to have taken place between Sheen and Lorre. Sheen went public and made his grievances known via the traditional media and the Internet and the rest, as they say, is history. Oh, and Sheen’s role on the show is history too. Enter Ashton Kutcher. (See prior column discussing this here)

Yet, all those fans who offered a “Sorry Charlie!” might now feel those words were premature. The reports I have read say Mr. Sheen signed on to play the therapist role in the television version of the film, Anger Management. That movie, starring Adam Sandler, Jack Nicholson and Marisa Tomei, had Nicholson in the role of the therapist. Most memorable.

Now, if reports are correct, Sheen is slated to fill big Jack’s shoes in the television version of a very enjoyable movie. I for one will be looking forward to Charlie’s return to the small screen. I won’t spend my time dissecting and discussing his private life. That’s why the word private is there. I know some will argue he made his private life public. Whatever. I like watching Charlie on television.

Could this prove to be the big “Bazinga!” to all those who thought Mr. Sheen’s career was over? Time will tell. Perhaps, this will end up becoming the tale of the actor whose path to winning was paved by, say it with me, Goosfraba, Goosfraba, Goosfraba.

Will everyone end up friends in the end? Will they be less angry? Might this, on the other hand, cause some sort of industry big bang. Giddy up.