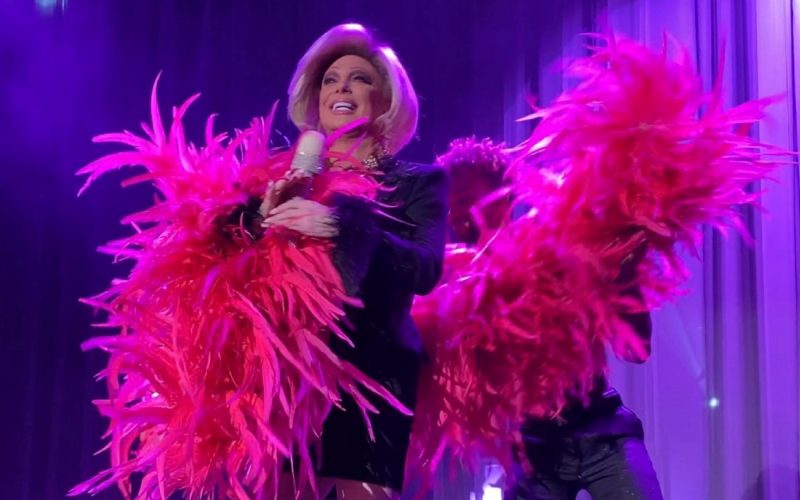 We said maybe for a reason last month, when we attended entertainment legend, longtime Las Vegas headliner Frank Marino’s last performance as Joan Rivers at Legends in Concert at the Tropicana Hotel and Casino on the Las Vegas Strip.

During our CYInterview with him last month, after his then last performance [see here], we wondered out loud to Frank that perhaps his Joan Rivers character could be brought back for a special occasion. The female impersonator agreed.

Frank Marino is returning for four shows this month, to Legends in Concert, between December 26th and December 30th, as Joan Rivers at the Tropicana Hotel and Casino. Those looking for an opportunity to see one of Las Vegas’s entertainment legends, as the iconic, gone too soon Joan Rivers, will get four more chances this month.

Frank Marino has been performing on the Las Vegas Strip for more than 30 years. He is a remarkable talent.